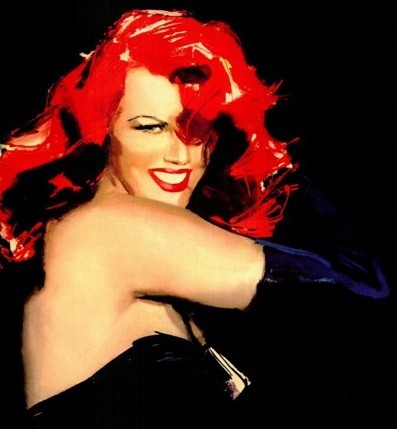 I have a little secret…

It’s not a very interesting secret but it’s a secret never the less. Born out of the necessity of not wanting to deal with the ramifications of people knowing about it because of the society with live in.

I find older women attractive – and enjoy cougar dating (see, not really that interesting at all!)

I told a close friend about this a while back who responded to me “but why?”

And that got me thinking… Why do I find older women attractive?

I’ve been pondering this for a while now and after some considerable thinking I don’t have an answer. I can’t remember the first time I saw a woman older than me and thought she was attractive, in fact I can’t remember the first time I thought the opposite sex was attractive (although at a guess I’ll say in my mid-teens). But more importantly it got me thinking about a host of other things. Why do some men find women attractive, yet others prefer men? Why do some women find men attractive, yet others prefer women? Why is that I have one friend who only dates blondes and another who only fancies Asians?

Quite frankly why does anyone find anyone else attractive?

There are of course plenty of reasons for all this. The realms of Anthropology and Sociology have plenty of models and theories to explain social interaction. Put me in a room with a bunch of them to analysis me and I’m sure they’ll come up with a number of different syndromes and complexes that explain why I am who I am (then start arguing with each other over conflicting theories!).

What I do know however is that I enjoy living life and having fun! Thinking back over the last 5 years everyone I have dated has been older than me, a ‘cougar’ if you will. The younger 4 years older – the oldest 25 years older, and in that time I’ve had everything from brief flings to a full blown 2 year relationship (in that instance she was 10 years older). And it’s not just been as result of being on Toyboy Warehouse: I was dating people older than me before I’d ever heard of the site.

I’ve been typing this sitting up in bed on my laptop while a beautiful redhead is laid next to me. How old is she? If I was to describe her by looks, opinions, passions or energy level she could be anything from 21 to 51. You’d only know her age if I stated it: it is only a number after all.

And I think that’s the point – it is only a number. Unfortunately we do live in a society that passes judgement on anything and everything and with today’s increasing powerful social media outlets it’s even easier for people to do so. There are plenty of people out there who want to whisper, raise eyebrows and make their snide remarks about ‘why’ cougar dating is odd and ‘why’ it’s inappropriate, ‘why’ it’s a taboo issue, and it’s for these reasons I remain anonymous. As much as I think it’s important to tackle these issues I am torn between feeling the need to educate people and yet at the same time leaving them to wonder on in life in ignorance and with their snide remarks because they are simply not worth the effort.

The answer… I just do.