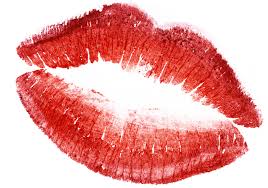 The Power of the Female Sex

The film ‘What Women Want’ has a chauvinist pig electrocuted before being able to understand what women want. There is another, non-lethal way for men to understand what women want (though just as painful for some) and that’s by simply listening to them. True, it helps to enjoy cryptic crossword puzzles, but with a little help, any man can join the dots of a woman’s mind to see the bigger picture.

There’s no film called ‘What Men Want’, probably because it would last less than half an hour and would end with the audience rolling over and falling asleep. And [spoiler alert], it’s sex, followed closely by food.

Yes, men really are simple creatures driven by their most basic of impulses. If they weren’t, then joining the oldest profession in the world would sound like a stable career move for any woman. Though the fact the profession is still ongoing can be seen as a world still in the grips of Patriarchal power, it also shows how dependent men are on women to get what they want, which more often then not, happens to be women.

As tempting as throwing off all our clothes sounds, if we all gave into our baser urges, civilisation would come grinding to a sweaty, exhausted stop. If we always get what we want, we wont always get what we need. Hormones can be as reliable for controlling our actions as drunk drivers, and we’ve no-one to blame but ourselves when we give them the keys.

There is a slew of feminist theory out there for any man willing to understand how women think, and I’d highly recommend it. Sure, a lot of those theories are hate filled bile demanding the burning of phallic effigies and undergarments, but by seeing the world from a different perspective you may end up seeing a lot more of the world than before. Though the ‘Blurred Lines’ Robin Thicke sang of have always been in focus.

The average women knows a lot about emotions. They deal with them far more than the average male, and are a lot better at understanding them. The average male tends to be believe emotions are for girls, and any public displays of affection should be behind closed doors, locked, with the curtains drawn. Which is where the power of the female sex truly lies.

Men and women are equal opportunity exploiters of their sexuality. Men want sex, women want sex, we can dress ourselves up as civilised as possible, but when the clothes come off, suddenly the greatest faux pas isn’t having your elbows on the table. But getting to that point rests entirely on the woman, and that is why the female sex is more powerful than anything men can do.

10 Signs You’re Dating a Toyboy
Get the latest from the blog: