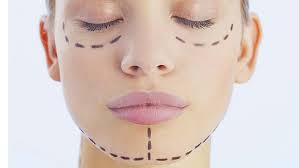 Take a walk, pick up a magazine, or browse the internet. Consciously or not, your eyes will have skimmed over at least five advertisements showing something you need in your life. Ideas about who we are and who we should be are scattered everywhere and can be particularly disruptive in a community often associated with a certain look, like ‘cougars’.

In the adverts for the latest innovation in make-up/fashion/household cleansers, are the people applying/wearing/dusting the product someone you see on the bus? Not very likely, unless the marketing department of said innovation are trying another new spin.

The people in the glossy magazines, the bus stop adverts, those irritating YouTube adverts, are all models. They weren’t just picked off the street, there were auditions, directors, scripts, and several hours in make-up to make them more authentic for camera. They’re the equivalent of the photos on the McDonalds menu, tailor-made to whet your appetite, but when you order your Big Mac and open up the cardboard packaging, the lie is too big to swallow.

As much as we may hate to admit it, aesthetics play a major role in our decision making, not just as market demographics but as people. It seems fundamentally shallow to be attracted to something that looks good, but why else would Big Macs sell if they didn’t have Photo Shopped images? I’m not religious, but aren’t false idols supposed to be a bad thing no matter what religion you believe in?

Advertising is all about making consumers think they need what companies want to sell. Making something look like it has stepped out of your dreams and into your reality is their primary goal, and no mean feat, so the distension of belief has to stretch until reality comes crashing down. Which usually comes with that first bite of a triple layered luke-warm beef patty, too much lettuce, and a sauce you’d rather not look too closely at.

The most irritating thing about models being so bloody gorgeous is that they get away with it. When you look and act like you own the world and everything in it, other people in the world are more likely go along with it. When you look great, people serve life to you on a silver platter, but anything worth having should never come so easily. It’s hard to argue the point when there are parties on private yachts and sleepovers at the Playboy Mansion to be had.

In Japan, a country whose population were well known for ‘saving face’ and the company of Geishas still comes at a high price, it is very rare for a girlfriend to not have make-up on around her boyfriend, even in bed. But how can anyone be intimate with anyone if you can’t be completely naked around them? Personally, I believe it all stems from a fear of rejection. The longer we wear a mask around people, the harder it becomes to lower it, or even give it up entirely. If we want people to be true to us, we need to be truthful to them.

The effect of pressure to look a certain way is evident too in the community of older women dating younger men. The archetypal ‘cougar’ model of TV and journalism is not normally a stripped-back, natural image but rather a done-up, polished and even surgically enhanced appearance. While this is in some ways a glamorous and feminine look, it is a further pressure to either aspire to or avoid when defining personal image.

We all have our flaws, but by covering them up it makes them all the more obvious later. If we want people to accept us for who we really are, we need to be able to accept ourselves first. When we realise that adverts are offering only dreams and not reality, then a Big Mac can be enjoyed for what it is, instead of begrudgingly ‘Lovin’ it.’