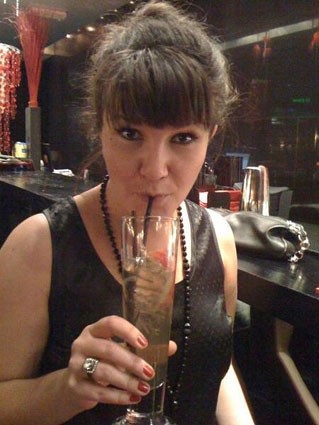 I’m in a long-standing relationship… with the fear of commitment.

Really, it’s true. I’m not quite sure when this liaison begun, but we’ve been together for quite some time.

And like some couples feel that they’re halves of one another, I too feel that my lack of inclination to commit, is part of who I am. I talk about it, candidly and without the slightest hint of confession: “I like martinis, served dry. I don’t like commitment”. That’s just how it is.

Naturally, this being the state of things, I was compelled by the opportunity to unpack this all too familiar knowledge of myself for this article when Julia invited me to write about it.

I’ve been thinking about it and I’ve come to one, single-minded, heady proposition: men have little to do with it.

Truth is, I am just as uninterested in a tattoo as I am in a husband, but for rather the same reasons (the words ‘stuck’ and ‘forever’ come to mind). I have, until recently spent my life working as a consultant, moving from one job to the next as the mood and need take me. I never know what I’m having for dinner, where I’m going on holiday and what I’ll do once I get there, because that too, just doesn’t tickle my fancy.

Instead of committing to a tour of landmark destinations for instance, I like heading to a new place, hanging out in a bar, talking to locals and seeing where a night takes me. And while a lot of people think they’re the same, allow me an anecdote: that the first time I went to New York, the only (and I mean only) landmarks I saw were from the back of taxis where I was mostly canoodling with locals en route to parties. When it comes to sex and romance, I guess I want the same thing. And anything that demands more of me starts to feel like emotional claustrophobia.

Just because I won’t commit to a tour of the Statue of Liberty doesn’t mean I don’t visit New York. Similarly, my commitment phobia does not mean I don’t do relationships. My relationships are just a little different. Here are three things that work for me, because I’m me:

–       The other person needs to share my love of change, or I find myself changing them
–       I prefer a shared sense of emotional claustrophobia (yes, really) – the more independent the man is, the better
–       Staying single and having my own home is massively massive to me. I want to choose the person I’m seeing every day that I’m seeing them. Getting married makes a good thing stop feeling like a choice and starts feeling like an inevitability – and yes, I do speak from experience. I walked away from an engagement not so long ago, because it stopped feeling like choosing to be with him and started to feel like an obligation, something that needed to be taken care of – just like the big house and the stuff in it that we had together.

“If those relationships were so good, why aren’t you still together?” I hear you ask. Because staying together isn’t the point, staying happy is.

Have your say in the comments.

The 10 Funniest Online Dating Tips
Get the latest from the blog: