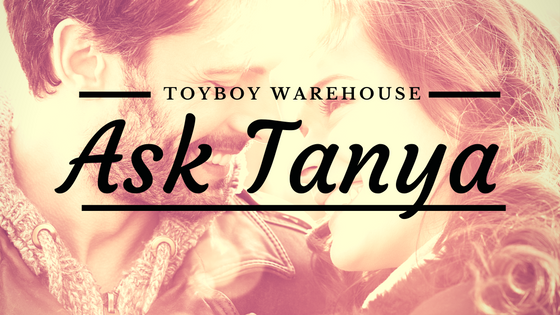 For years there’s always been debate around the ‘three date rule’, before actually going to bed with someone. But times change, people change and what was then, isn’t necessarily now!

There have always been double standards – if a man goes around sleeping with as many women as he can manage, he’s considered a real stud by his friends; but should a woman participate in the same sexual freedom, she is deemed a slag. So guys, you wonder why many of us keep you on the back burner? Well, generally it’s because you make us!

Times and attitudes have changed, women are more in control of their sexual freedom than any time in the last century. We know what we want, when we want it and how we want it, which I have had men tell me scares the crap out of them!

We are no longer willing to lay back and think of England, we are more likely to make you lay back and take control of the situation. We are liberated women, prepared to make our choices and make them vocal. Admittedly, this doesn’t apply to everyone but predominantly we are stronger and more confident with each passing decade

Like most women of my generation, we lived at home until we went to university or college, we met a man, we dated, we fell in love and we got married. We didn’t live together, it was a common thing to do and I can still hear my parents telling me that couples that did were ‘living in sin’. That’s not to say they were staunch churchgoers, it was just how it was and I followed the norm.

I didn’t date a great deal, though my dating was probably restricted to one ‘serious’ type relationship at 14/15 which lasted 8 months though no sex ever took place in any way whatsoever. I was obviously underage anyway but whilst it entered his mind it certainly didn’t mine! When I married he was only the second man in my life so any physical connection I had was with him. I felt safe and secure and that was important

By the time I divorced, whilst I was no longer naïve about life, I certainly was sexually and it took me a year to even believe I was single and actually date someone. What I realised as time went on was how much I wanted to explore and meeting my next serious relationship, the three date rule never came into play. I knew I wanted him and I knew he wanted me so effectively I decided that, as we’d been communicating for a couple of weeks (I was introduced via a friend), to hell with the rule because I was climbing the walls!

That night I had the most amazing sex ever and fortunately I was lucky that it continued for the 7 years we were together. He opened my eyes, he helped me lose inhibitions and he allowed me to explore my ‘side’, but he was also fortunate to have met me when my self-confidence was growing.

Finding me took years, where today young women are finding themselves much earlier. Though my concern is that too much is considered the norm these days and pressure is put upon women, who are not strong enough to say no.

More mature women on the other hand ARE strong enough to control situations, to let it run at their pace, to do what they want to rather than feel they have to. As a consequence, I find many younger men love the control and dominance of an older woman, which by all accounts suits me perfectly haha!

The level of dominance, of course, depends on the people involved but of the men I’ve discussed this with it seems with younger girls they find it very easy to be the dominant one, but with older women they are drawn in by the confidence and strength, and will quite happily follow their lead.

Dominance can vary from a little control with just directive orders, to full-blown sub/dom clothing, shackles, masks etc. Some people would think this a little freaky, but in all fairness who are we to judge what suits? Just because its not something we would venture into, doesn’t mean there’s anything wrong.

With sexual freedom brings the right to be experimental, whatever that encompasses, and as long as it doesn’t over step boundaries of legality, what does it matter? Sex between two consenting adults is what freedom is all about. It’s about making that connection, although I wouldn’t raise the subject on your first date, it might be a little intimidating until you’re sure of what your potential partner is into.

This goes back to one of my earlier comments about watching, listening and talking because by doing this you get to know your partner well, which will give you an indication as to how far things can go. Communication is always key whatever you want to do but always remember everyone has a right to say NO.

Domination can be fun but also hugely satisfying for both parties. For the dominant one, the idea of controlling someone’s actions and allowing their own gratification as ordered is a huge turn on and for the submissive, being ordered and controlled and even held back can heighten sexual tension and add to any eventual orgasm which may be forthcoming.

For many men the sheer desire to please is overwhelming as this goes against the grain, where men have generally held the upper hand. Women in turn are enjoying the more dominant role and some believe they are getting back what they truly deserve.

Domination for women can also help overcome any inhibitions when it comes to telling a partner how they want to be kissed, licked etc., as whilst they may find it intimidating, looking into the eye of their partner, telling a submissive is totally different and covers up any fears. Telling a submissive what and how you want them to do something means you finally get the pleasure in the way you’ve been wanting for ages, but daren’t say and many submissive are more than happy to please you!

Role play can be very pleasurable for many who indulge and I’m very much of the ‘don’t knock it until you’ve tried it’ tribe, as you never know what it can enhance and bring out for your own enjoyment as well as your partner. Don’t be shy to experiment but take it slowly, that way you get to feel the true pleasure of what you do, rather than anything rushed

I am only giving you an insight, but happy to discuss in greater detail if any of you would like to or use me as a soundboard. But in the meantime, remember playtime is me time.

Ask Tanya | Tanya’s New Year Message
Get the latest from the blog: