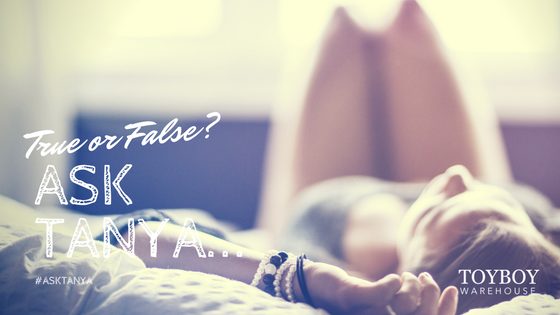 Over the last couple of weeks I’ve taken time to look over many online dating profiles, to see what the guys are looking for (just as much as the women) and I’ve been surprised by some, which I thought I’d share with you

We’ve discussed a number of aspects in terms of age-gap dating over the months, but never really looked at the differences as to what people want to get out of this type of relationship, so I’ve decided to list down the types of profiles I’ve seen to date.

I came across a couple of profiles with men looking for an older, wealthy or comfortable lady to spoil them and, in return for this, they will make sure she ‘smiles’ every day – a mild variation on prostitution maybe?

I don’t doubt that in many relationships there is always one half that tends to spoil more than the other, but clearly stating a money requirement changes the dynamics of actually dating. Whilst it’s not my scene, with sugar daddy dating sites available for younger women, is it really that bad if the two adults involved are happy with the arrangement?

Yes, we all know there is an ongoing trend for younger guys to gain everything they can from an older, more experienced woman when it comes (pardon the pun) between the sheets. However, whilst I would always stand by the fact that as a mature woman myself, I have considerably more confidence and experience than I had at 25, there’s no denying for a number of women it would actually be the reverse!

In my younger days we never had the openness of the internet where you can browse, watch and listen to be educated in the realms of great sex. Oh god no, there was nothing available except for the ‘top shelf’ in newsagents primarily aimed at men until video and DVD came along.

Undoubtedly, many men in search of an older woman are here to gain more experience and I actually salute those who are honest enough to say so, rather than wrap it up in some fluffy word laden way to sound sincere in their actions.

It would also appear that many men believe as we are older, we are in fact desperate and we should think ourselves lucky or be flattered that a strong, muscular, young body is showing interest.

Guys, guys, guys it is YOU who should think yourself lucky! You that should be thankful we give you the time. You that should have a little more respect for a lady and you that needs to get out more! Let’s be honest here for both sides.

Yes, young muscular bodies are lovely to look at, but for many women if it’s not attached to a brain or someone with some knowledge of how to please a lady it’s a definite no go for many. Also, whilst some women may be happy to spend the time showing you ‘how it’s done’, others would be bored so think carefully when you say ‘I’ll be the best you’ve ever had’ because truth is you probably aren’t and never will be. Respect is earned, so earn it!

This is the one I liked the most and one that intrigues me the most. Over my years of dating younger men, the one thing that I’ve noticed happening more and more is the need for domination by an older woman. In a world where men are supposedly more macho than ever, it’s interesting to see that behind the façade are men who want to be used, ordered around and abused for pure satisfaction; particularly younger men.

As a woman who keeps a very open mind on sexual fantasy and desire, I don’t find this disturbing, I find it quite liberating that men are not afraid to admit what a turn on it is. I’ve met women who will say they want a man that takes control and not the other way round and that’s fine, no one should be pushed into something they’re not comfortable with, but for those that embrace it, it can actually be fun!

What is it with dicks? Why do men just love showing off their dicks??

I’ve got talking to guys in the past, then we get to the Whatsapp stage and it’s as if you’ve given them free reign as I start receiving dick pics? What is that all about?

Whilst you won’t see any of these on the actual site, there are those who do push it as far as they can without getting deleted, but for me I’ve always been a great believer that what I can’t see is what I want to see. In other words, I want to find out and explore. I don’t want it pushed in my face before I’ve even decided whether or not to chat or date and instead of it enticing me in, it leads me to move away.

It’s the same with men that wear tight jeans showing their bulge. If I’m with someone I don’t want everyone seeing what I’m getting in the bedroom and if a guy is like that on a public website, he’s already telling everyone what he wants and doesn’t care where it comes from.

We all know they exist and we all know they’re out there and thankfully a couple have been caught out on here, hopefully before they caused any heartache. These are sad, desperate, nasty people who frequent dating websites in an attempt to find some unlucky lady who will be taken in by their gentle words, sweet talk and eventually give way to sending some money, because in this age of internet banking they can’t seem to find a way of getting money to someone? Err wake up, this is the 21st century, even on ships and working in the Gulf, internet exists. I have nothing but contempt for these people and sadness for those drawn in by the lies.

There’s only one profile type I could finish with and they’re the out and out honest ones, who truly enjoy the company of older women and really do want to find love and settle down. They’re hard to find amongst all the others mentioned above, but they do exist and once there, can be some of the most amazing people. Just ask a few more questions, dig a little deeper, talk a little longer and you’ll know.

So just a roundup but if there’s any I missed, do please let me know.

In the meantime, whatever path you choose, make sure it’s the one you enjoy!

Ask Tanya | Introducing Tanya
Get the latest from the blog: