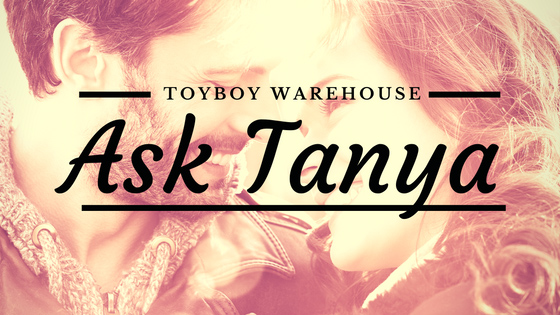 Welcome to the first of my column in which I will be looking to share my experiences not only with online dating but in particular dating a man much younger than yourself or indeed a man dating an older woman.

Like many of the ladies on here, I was married for many years to a lovely man but as the years went by, we began to grow apart, not because love had gone out of the window but because we were going along two very different paths.

By the time I reached my 40’s we made the decision to separate and I recall the first night in my new home feeling very lonely, lost and no idea where to start again

Online dating at the time was much in its infancy and many of my era were not only wary of joining one but embarrassed to do so as was I but after being single for over a year and believing I was a typical singleton out enjoying myself, it was a comment from a man who had tried on a few occasions to ‘chat’ me up that led me to the world of internet dating

‘ I see you still have the force field around you!’

It was probably true. Up until when I separated, I knew nothing about dating, even meeting my then husband was through friends so I had no idea where to begin, what to say, how to look etc. When you’ve been in a long term relationship, whilst some would say they couldn’t wait to be free again for many others the prospect of dating again created fear and palpitations!!

Truth was I was scared of dating, scared of not being fancied, scared I’d say something stupid, scared about the possibility of at some point undressing in front of someone new and scared of my possible inexperience in the bedroom and because of this it was better to just look like I was enjoying myself and confident than actually be it!

However, over time as my confidence returned I took the chances thrown to me though not choosing to become a serial dater, I limited the number I actually met and as some of you who may have just plucked up the courage I’m sure this may be something you are already experiencing but look at this way, you’ve made the first step already!

I tried a couple of dating sites setting my age boundaries for men 40-50 but on the occasion I took to meet, I was often disappointed from the lack of both attraction and personality. Whilst many were generally successful career wise and intelligent what they lacked was the fundamental basic of actually just enjoying life

The more I went out, the more I found myself attracted to the younger man. They had life and energy, they were funny, they were confident without being brash, they were adventurous, they generally looked after themselves, they were fearless. I respected that in them though like any age group there will always be the ‘users and abusers’ and I mean that in a descriptive way rather than physical in terms of their aim of meeting an older woman

Don’t get me wrong I often questioned my own insecurities with regard to my body, my looks but over time they begin to realize that if they weren’t interested they wouldn’t be with you and of the men I’ve spoken top and met their main reason for dating an older woman is their confidence, their tenacity, their maturity in various subjects, the fact they don’t feel the need to prove anything to anyone

We are also unlikely to be ranting on about the new shades of foundation or the latest mascara or indeed worry and fret next to our phone because he hasn’t answered our text after 5 minutes in fact more often than not, it is usually the man wondering why we haven’t!

We can be stronger, sexier and more desirable because of all that so ladies embrace what you have, don’t shy away from it because someone out there wants to see it.

Through this regular column I hope to allay fears of any woman or man contemplating the age divide in terms of relationships including the pitfalls, the upsides, the etiquette, the fun but most of all to prove you can experience as much if sometimes more when you throw the age rule book out of the window.

I will answer and address any questions or topics you wish to raise covering all boundaries of dating from how you make that initial step to strike up a conversation to meet for the first time through to keeping things fresh in the bedroom.

Ask Tanya | ‘I’m just not interested anymore…’
Get the latest from the blog: