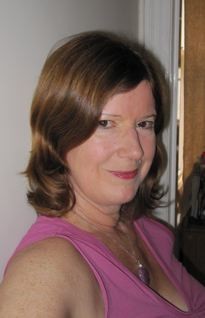 ‘Younger men are queuing up for a cougar to love’ says today’s Independent on Sunday (22.8.10) but the middle-aged American man, Rich Gosse, who has apparently spent 15 years ‘championing older women’ still falls into the age-old, male-dominated society mindset of concluding that women ‘prefer older men’.

Well… maybe he thinks that because he’s middle aged! And it’s also a shame the term ‘cougar’ because has unfortunate associations and suggests something predatory, rather than the real reasons why older women prefer younger men. Some people really don’t get it, do they?

How can you spend 15 years studying women dating younger men and come out with the conclusion that they still prefer older men?! What does he imagine we want an older man for! Does he think we want to be looked after? It seems to me it’s only a sign of older men’s insecurity that on most dating sites, the older the man the younger he wants a woman to be.

Friends have been either intrigued or shocked when I tell them about TBW. One friend’s eyes shot wide open and she asked shakily, ‘Do you mean you pay for it?’ She’d obviously taken the word ‘warehouse’ too literally … TBW is not an IKEA for lovers. ‘Are they looking for a mother figure?’ another asked when I told her the average age of the guys who contact me. ‘Good God, no!’ I replied. I say it’s more Helen Mirren than mother that they seem to have on their minds.

In my experience, it’s the guys of my own age on other sites who are looking to be mothered. Often recently divorced or widowed, they’re on the lookout for some obliging woman to replace the missing woman in their lives and pick up where she left off. In exactly the same way. But hell, why would I want to pick up their socks from the floor, slave in their kitchen (because they probably can’t cook) and listen while they talk at me about their stressful day!

I guess what most toyboys are looking for is much the same as me. Fun not commitment. After all, I’m not going to land them with an unplanned pregnancy and marriage is never on my mind. I’ve learnt to enjoy the moment and be wary of attachment. But not being ‘attached’ doesn’t mean you can’t like someone and want to see them again. It just means you don’t panic when days go by with no word; you don’t freak out when they tell you they’re working abroad for a while; but you’re willing to sometimes drop everything at a phone call with no expectations other than having a great evening.

What I’ve found is that while far too many older guys are the epitome of Grumpy Old Man (complaining, reactionary and firmly stuck in their dull, old ways), TBs are fun to talk to and be with. They write great messages that make me feel good and sexy, make me laugh and make me want to know them more. They’re intelligent and good conversationalists; they’re more straightforward than older men. They don’t want to set up house and they don’t want an early night to go to sleep.

And, if I’m being completely honest… cougar or not… what older woman wouldn’t prefer a gorgeous younger man!