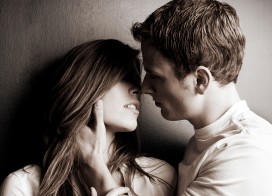 What’s so great about younger men?

Coronation Street’s Hazel Wilding was the epitome of the bored housewife. But when her eye fell on hunky young cab-driver Vikram Desai all that changed.

Now the affair is over at her instigation, she’s at least enjoyed the huge ego boost of knowing a man half her age wanted her to leave her husband for him. What’s more, she was in control the whole way.

And that’s what a relationship with a much-younger man does for a woman: it can provide a vital reminder that you’ve still got what it takes, maybe at a time when you were starting to doubt your attractiveness most.

Ideally, of course, most of us wouldn’t be unfaithful to enjoy an age-gap affair. These relationships shouldn’t be about hurting a third party in any way. They should be regarded as a self-indulgent treat, not a weapon.

Says relationship counsellor and sex therapist Julia Cole: ‘If a woman has been through a painful break-up then it’s quite possible that her confidence and self-esteem will be boosted by going out with someone younger and livelier. Getting the attention of someone you think you’d never attract again is a marvellous feeling.
‘Often when a woman takes a younger lover it’s a bit of a ‘shoulder shrug’. She’s saying: ‘I’m not going to stay with this boy, I’m just going to have a good time and get out there because I’m bored.’

And let’s not forget the sex. For a woman in her late thirties, a lover in his twenties could be ideal if bedtime satisfaction is the aim. ‘A woman reaches her sexual peak at around 35-40. Research has also shown that older women have better sexual experiences – both during arousal and orgasm,’ says Julia.

‘From a physiological point of view, an older woman and a younger man could be a good match. He can give her the repeated stimulation that she needs; he is keen to learn and she’s happy to pass on her experience.’
If these are your reasons for taking a toyboy lover, then go for it. ‘The best attitude to have when choosing a relationship like this is: ‘It probably won’t last, but I’m going to have a really good time while it does,” says Julia.

How to give great ‘head’

10 Great Things About Dating Older Women
Get the latest from the blog: