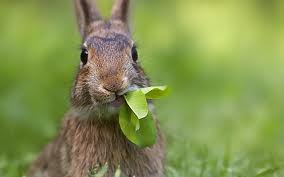 Psycho behaviour after a date or two, that endless texting, phoning, emailing with questions, or stalking on Twitter or FB is a girl thing right? The sort of thing that happens when the hormones get involved or a crush isn’t returned or a passionate weekend suddenly doesn’t have a follow up and hurt feelings turn to obsession and anger: that is specifically female in nature isn’t it?

Men can do it too and I have had a few weeks’ worth of it to a lesser or greater degree so as a follow up to how to woo and how not to here are a few clues as to how to bow out gracefully and keep it polite in the process.  Perhaps it is because in older women younger men dating the balance of power has shifted, and the feminine part of the equation is the one who makes the choices, and the rules. Women are just as adept at doing the disappearing act when necessary but I like to think that we do it a little more gracefully than our male counterparts.

Firstly it has to be said that internet dating is a bit of a hit and miss situation. Instead of meeting a partner in a bar on a bus or outside a railway station and getting the instant chemistry hit, we only have photos to go by and they can be misleading…  Men as well as women tend to use their more flattering images and like women the photos can sometimes be old ones and not the least representational of how you look, or are as a person. The boy who posts a sultry photo with long dark curling locks and then turns up to the date looking like a shorn lamb with a personality to match must expect to be disappointed.    So here are some ground rules to follow.

On the plus side

Finally, just for goodness sake be light and have fun with it all.

–If it doesn’t go your way that is just a part of life’s rich pageant. —

Internet dating throws together a multi mixing board of ages, cultures, beliefs and ways of life. That is the good but sometimes confusing thing about it. We all share this multi-faceted Universe so above all be open and tolerant and don’t jump to obvious conclusions. They are sometimes wrong, and after all none of us want a Bunny Boiler of either sex on our hands!

How low would you go?