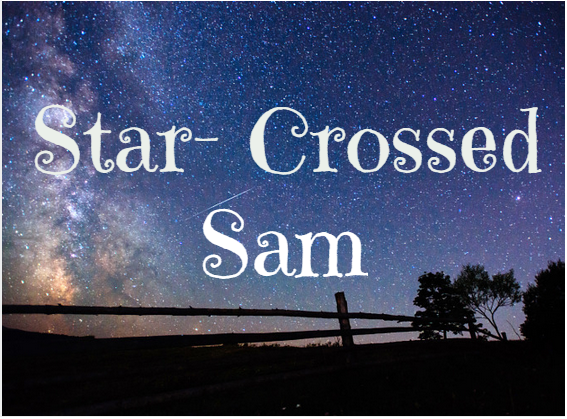 My friend and erstwhile lover Sam, the ‘Self-effacing Antipodean Man’ from New Zealand, has been incommunicado for over a year now. He was seeing a girl closer to where he is working in Europe, so I did the noble thing. I left him alone whilst I pursued other interests. Sam is suddenly back in contact, tentatively finding out how I am and what is occurring in my life, which is nothing in particular. He will be coming to the UK soon and he inveigles an invitation from me. Sam keeps his tender feelings deeply under the surface but I know him well enough now to tell when something is amiss. Ever a quiet man, he is virtually monosyllabic today, as if stringing words together for a conversation is just too much effort for him to manage. I know he is suffering deeply: I can feel it.

Sam turns up on time, looking exhausted, drawn and terribly relieved to see me. He says nothing for some time, during the drive home, just sits and looks out of the window, then proceeds to ask me how I am. We discuss my work, my health, my home; I make him laugh and gradually he cheers up. When we finally reach home and sit down, I ply him with a nutritious meal and some healthy drinks and watch him eat. It fascinates me how he seems to be taking in very little because his manners are so pleasant, yet he is efficiently consuming vast quantities of calories.

The reason for his complete exhaustion and hunger soon becomes apparent: Sam has just completed a marathon run. I know instinctively that this is his response to emotional pain- he uses the severe physical discomfort as an anaesthetic, the way some rely on alcohol. Despite him not telling me anything, clearly the relationship has broken down. I don’t wish to pry; I hold him and we kiss a little, but he has little enthusiasm for love-making. Having run 26 miles today, he is close to falling asleep where he sits. I offer him a bed.

“Do you want to go in one of the guest rooms for a better sleep?” I query. Sam looks devastated, stricken, as if I had suggested throwing him out into the rain. I take his hand, telling him he is welcome to sleep in my bed, the choice is his.

“I’d rathuh be cumfy,” is his reply. Suddenly he looks so very young and vulnerable. I realise he does not want to be alone. Still holding hands, I lead him up to my room and half an hour later, all ablutions complete, he is curled against me fast asleep, his cheek pillowed on my breast, as if I were a gigantic soft toy comforting a small child. I hold him, stroke the sandy hair and feel the muscles in his abdomen and chest move in time with his deep regular breathing. I guess that he was not the one to end this relationship and that it really mattered to him. I am almost 20 years older than he is and more experienced at dealing with disappointment, it seems. Poor Sam, his heart has been deeply torn. He has fled across half a continent and run a marathon with that aching wound, then sought me out for refuge and a degree of healing, rather than “make a fiss” by telling anyone how hurt he is.

He will be all right now he has reached me: I will care for him until he feels sufficiently restored and strong enough to face the world, then I know he will leave again. How many young men will travel across several countries, to seek comfort literally sleeping in the arms of a woman they hardly ever see? Most young men want the sexual healing but not the rest; this one needs the latter, although I’m certain he would not eschew the former, should the opportunity arise.

As he sleeps, I cogitate over the theory of past lives and although I don’t really believe it, I wonder whether perhaps Sam and I were passionate lovers in previous incarnations. Perhaps we have experienced a joint life together in some other existence?  That could explain why we feel so safe and secure with each other, as we have done from the very beginning. On this occasion, the timing and geography are such that he is very much younger and born on the other side of the world.  If I were to mention the possibility to Sam, he would normally laugh and tell me he’s not superstitious. Presently, it might hurt him even more and so I keep these thoughts to myself.

As things stand, I love Sam far more than he loves me. There is no way around that anguish, but I accept my lot. I can’t force him to want to stay with me. Perhaps one day he will, possibly that will never occur. Perhaps I will have to wait until next time around, during lives to come, when all will be as it should, with our stars in alignment.