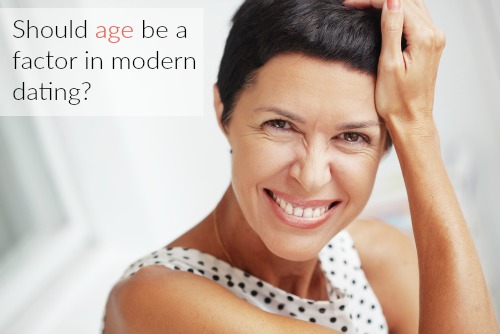 A recent article from Stylist.com, discussing the results of a survey carried out by another dating site, suggests that women will go no lower than four years and nine months below their own age. Similarly, men were rarely interested in partners more than four years and ten months older than they are. It strikes me as odd that in present day our feelings about who we can date would still be so rigid in terms of age.

It did say that London was an area where singles proved more open-minded, something that proves true in our membership. As a single woman (and were I that way inclined in the first place), it would be hard for me to find a man of my own age who was single; or even desirable. Thankfully, then, this is not my bent.

Personally I am therefore quite happy to leave the men my own age to seek out women half theirs, or with their (generally, but not in all cases) couch potato habits.

So, when younger guys find us desirable, should we go all out for it, or should we be hemmed in by ‘convention’? Is the rise in women and younger men relationships in the public eye enough to break the taboos that have beset us? What place does age really have in modern dating? These are questions that cross the minds of not only the women involved, but across society at large.

What fuels these ‘taboos’ and restrictions then? Some are valid; some are myths. However, as to which is which, I shall leave that up to the reader to decide:

1. Younger men like to prey on older women because they see them as desperate and therefore willing to put up with any kind of behaviour just to have their attention.

2. Younger men see older women only as sexual teachers. This may well be the case with 18 year olds, but once a guy hits his early to mid twenties, and especially his thirties, it could generally be the other way around – in that he then can show the woman a few tricks.

3. Younger men want to be ‘kept’; either by one woman, or by several, and in the case of the latter scenario, they would be referred to as gigolos.

4. Younger men want sugar-mamas, and/or to scam as many women out of their money and valuables as possible.

5. A woman cannot seek a younger man without it being predatory.

OK – these are all the negatives. These are what cause women to fear what a younger man could possibly want with them, or to fear how they would be judged by society, because they assume that’s the way society thinks. But, all of the above points could equally be applied to older men when it comes to relationships with women of any age.

So, let’s shove the negatives right out of the way and concentrate on some positive factors:

1. It is very possible for a woman to have a wonderful relationship with a younger man, and for it to last.

2. Age is not a factor and nor is it wrong to date someone older or younger if it is right for you.

3. Past social norms should not have any bearing on a relationship. Societal paradigms shift all the time.

4. Women are freer to choose what they want in life, and this means choosing to date someone younger.

5. Freer women do not need or seek men to complete them and are instead looking for men to compliment them, and vice versa.

6. When a woman wants a younger man, she wants him for who he is, not for what he does.

Regardless of age, every couple:

– Must have things in common

– Must be compatible mentality and physically

If you date or marry for the right reasons, you will have just as much chance at relational success as is to be had in any other relationship.

So all that remains is for me to ask – what are your age limits on who you would date?