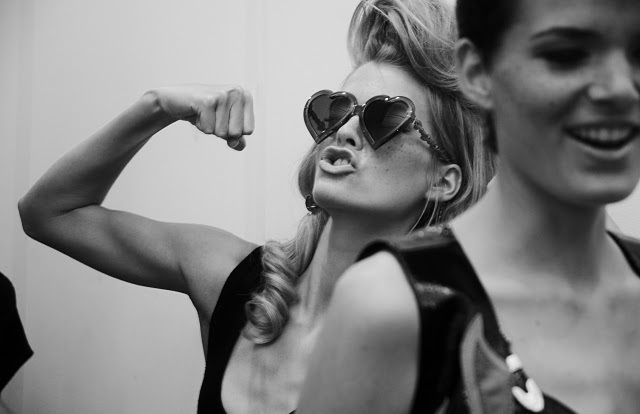 Since the dawn of time, it has been the man’s job to always make the first move. Needless to say, there have been plenty of changes over the years; technology for one. The rise of the internet and mature dating has revolutionized the way we connect with each other, making it easier than ever to approach someone new. In spite of that, recent observations here at ToyboyWarehouse.com suggest that even on a platform uniquely designed to empower female sexuality, female members are still reticent to approach men asking for what they want.

‘Be the change you want to see in the world’, especially when negative peer judgements are so dissuasive. Love everything. Women who actively pursue hot guys are often labelled “predatory” and “manly”, even more-so cougars who date younger men. Give yourself permission to ignore these views. A woman who knows what she wants and has the confidence to act on it is far more likely to succeed (and appear even sexier as she does it!) Don’t let passivity masquerade as the “female prerogative” – waiting for someone to show interest and then accepting or rejecting them afterwards is not an uninfluenced selection.

An equally strong possibility is that your message finds a guy who is charmed by the unique sense of self-assurance that sets this woman aside from the sea of others that need a man’s attention to get them talking. Each new attraction is based on established mutual interest: no playing hard to get, no will-he won’t-he, just what you want – and right now. Free yourself from that guy who messages every woman available and has a profile picture of his torso; the empowered feeling of knowing you selected your new piece of man-candy is not one you will quickly forget!