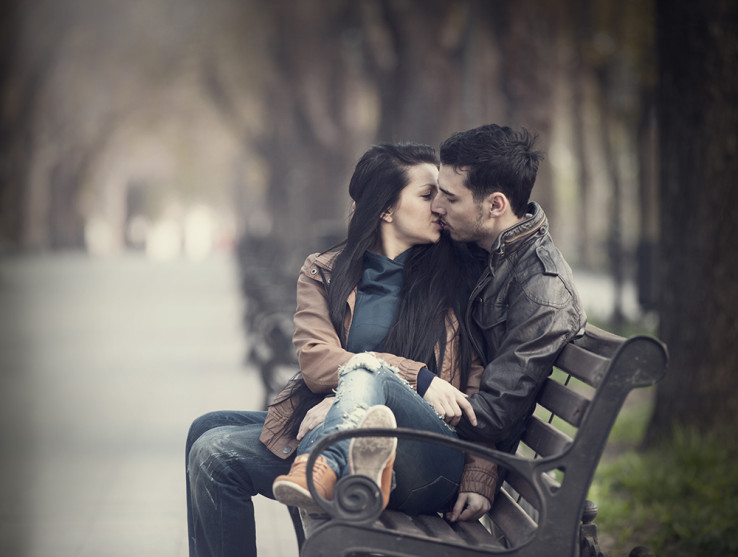 Valentine’s Day came and went quietly in my house. I spent it with the love of my life who gave me a handmade card of a single heart — the six year-old version of minimalist style.

As usual, Commercial Love Day was everywhere I went, and plastered all over the Internet. Everyone was urged to show their love with all the usual trappings: flowers, champagne, cards and so many hearts in a every conceivable material that it made me slightly nauseous. But it did get me thinking about romance.

It made me wonder, do men like to be romanced? A straw poll of the singletons I knew suggested that they wouldn’t. Well, until I suggested what that romancing might be. And a couple changed their minds rather quickly.

It really does boil down to what romancing entails. To some, it’s lavishing the object of one’s affection with expensive gifts or experiences. To others, it’s indulging someone else’s pleasures, or simply having quality time together. For me, it was mostly about showing how much I wanted that person. In my long marriage, Valentine’s Day was an excuse to do something out of the ordinary. It’s silly I know, after all it’s a completely arbitrary day — I could pick any day of the year to do this and did. But it felt good to be part of something global, despite the heavy commercial emphasis¹.

I get a big buzz out of planning and throwing small parties because I love seeing people have a good time, it’s a massive ego trip. So when it comes to romancing, I like to get creative, and because I am me, these tend to be nearly always sex-oriented.

But the most romantic? Ah, that was one I never realised. It was a treasure hunt all over town. Each clue was a different cryptographic puzzle: so there was a blank postcard (invisible ink), a riddle hidden in a picture, a musical cipher, a code inside a sudoku puzzle, and so on. The first, middle and last locations were places we’d shared: the field in which we frequently had lunch, where we had our first kiss and a weird spot which is quite unromantic but amusing, because I had acted like a flighty teenager. The treasure was going to be a copy of my favourite erotic novel². I wasn’t an enthusiast, but the recipient was a complete crypto nut (think Cicada 3301) and I knew he would love it. I never carried it out because, well, even I though I was besotted, he was very not.

I asked my young men how they would like to be romanced, and so far, the question appears to have stumped them.

Well, this is how I would: for two in particular I’d send flowers accompanying mystery parcels to their office. The parcels will contain lacy underwear with very specific instructions and no, they would not be for me to wear. For one hot blonde, champagne would feature but not to drink. Well, at least not out of a glass. For an adventurer, I would create an erotic story mosaic. If we were actually living in the same area, these would pop up in unexpected places: a Post-It here, a card there, a snippet on the back of take-away coffee cup, a voice message, a text from a strange number, all coming together into one. For one very young spunk, it would be a school teacher fantasy.

My ideas of romance here are simply sex games, but they’re based on what I know about each of these young men, and it’s an expression of my appreciation and desire to bring about their pleasure.

Naturally, the nature of the relationship is fundamental. To romance someone I had a deep, emotional attachment to, someone with whom I had shared a gamut of experiences? Ah, well, that’s a whole different bathtub of rose petals.

¹Having said that, in some cultures, giving money is romantic.

Toyboy has Kylie spinning around on her Desert Island Discs

March 2016: Upcoming Blog Posts
Get the latest from the blog: