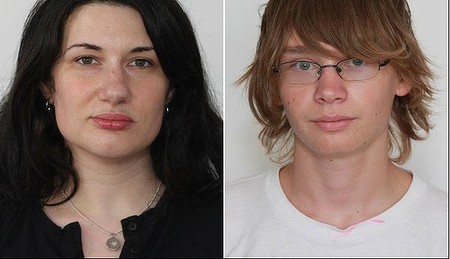 Not so long ago, if a female teacher had been found having a relationship with a pupil in her school she would have been fired immediately. Now perhaps attitudes are changing if people see how both parties can benefit and give each other happiness and support. A recent example of this was reported in Fort Worth.

“I guess I should be weirded out by the fact that my teacher is getting it on with one of my classmates, but I have to admit, it’s kind of adorable,” said sophomore Stephanie Elmore, who is in Belmont’s honours chemistry class. “They both seemed so aimless and lonely that we were all, in a way, just really glad they found each other.”

Faculty sources described Belmont as a sweet woman, if a bit high-strung and plain-looking, who in the past has dated sporadically at best. Clark, meanwhile, has been characterised by his peers as a deeply introverted student who, while rarely bullied, never had many friends and was “just sort of there.”

But during the school’s summer session, Belmont was spotted dropping Clark off a few blocks from campus a number of times, and Clark has reportedly skipped Spanish class on several occasions in order to see Belmont during her planning period, an occurrence that witnesses described as being “undeniably heartwarming to watch.”

Despite the ethical problems Belmont and Clark’s relationship may pose, members of the school community said the clandestine affair is probably the best thing for the both of them.

“We were all worried Lorraine would never find anyone,” algebra teacher Willa Myers said. “My first impulse was to be upset about what she was doing, but the more I thought about it, the more the whole thing just made sense.”

“She seems so much more upbeat these days,” Myers added. “She’s even wearing lipstick.”

Read the full-length article in The Onion