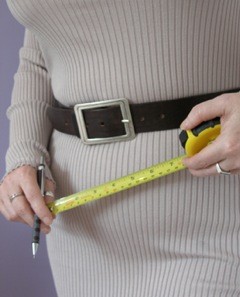 “It’s good to talk…” Is it? Really? Since returning, I haven’t yet spoken with anyone on the phone but seem to have had dozens of phone numbers thrown in my direction from people with whom I’ve had no contact. What’s that all about? I don’t want to pick up the phone to someone that I know absolutely nothing about; my day is busy enough without providing entertainment to complete strangers.

And it’s not just the boys that do this. I’ve chatted with some guys and they’ve received the same. The email just contains a line and a phone number. The inference is clear. I’m not that bothered whether you have a brain or a personality, but I like the look of the goods.

If only we could get these guys and gals together, then perhaps that would keep one section happy…

Anyhow, in the last few days I’ve struck up some lively correspondence with some lovely people. They’ve emailed me with some interesting things, or flirty things, or… well… just anything really, but they’ve started “A Conversation”.

The smart guys know how it goes. They’re intuitive. They might not know exactly what’s happening, but they’re cool enough to know that it’s best just to go with the flow for a while. They understand they have to pay a little attention and see if they’re going to catch enough of your interest for you to show some interest back.

Everything trundles along and, before you know it, you’re exchanging off site contact details, phone numbers etc., and moving swiftly towards the heady excitement of that first date. How lovely!

But not everyone gets it. And the “bad” approaches fall into various genres. We have the “Toyboy in a china shop” approach:

“Hi ur gorgus. Wanna go out have a drink. Wen can we meet? Here’s my number. Tex me. Pleeeeez XXXXXXX”

OK so some of these have an infectious bubbly enthusiasm about them which might be amusing. However, most of them really don’t, which alerts one to that oft overlooked “ignore” button.

And what about “Mr Cut and Paste”?:

“I saw your profile and thought WOW there’s someone I really have to get to know. I’m 32 and from London. We have so much in common, the same hobbies like going out and staying in. I can’t wait to hear from you.”

There’s a hobbies section in my profile??

A cut and paste email that references things that don’t exist in a profile is a simple schoolboy error. And sending an email when you haven’t even viewed the profile is a dead giveaway too. We notice these things!

Then we have the “So discreet I’m practically invisible” approach. Generally a profile of one word answers (or less) and no photo. It’s a bit like trying to date the Invisible Man. He’s probably “Something-in-the-City” and really doesn’t want anyone to know he’s doing this. The chances of ever being seen out in public with this man are very slim, though he’s likely to have a myriad of plausible reasons why not. And equally, that might suit you both… but not me. Anyhow, the complete email accompanying the blank profile goes like this,

Er… Obviously I’m bowled over. If you want to chat, say something chatty and interesting! Start “A Conversation”. Whatever the reply to this particular opening gambit, you’re going to have to come up with something to say.Don’t make me do your work for you when you’re the one that initiated contact!

Now, here are the good approaches: they’ve read your profile; they’ve got something to say; and something just clicks. One of the best emails I received contained just 4 words… but it tickled me in just the right way!

So come on boys, step up to the plate here. We know you’re interested in us, and if we’ve looked at your profile and winked, the chances are that you’ve piqued our interest too.

Make us REALLY interested, and you won’t have to give us your numbers, because, chances are, we’ll be giving you ours!

How To Talk Dirty
Get the latest from the blog: