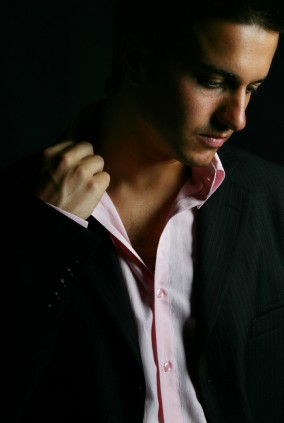 There, that got your attention didn’t it? Works every time…

How we talk about it though… well now, that opens up a whole new can of worms and other such innuendos. “Ohh Maaatron!” gags aside however, there are interesting differences between ages, genders and cultures, when it comes to discussions on this increasingly prevalent subject, wouldn’t you agree? Although I don’t want to get all Channel 4 or glossy mags on you in regards to this because, let’s face it, they’ve conquered that territory to saturation point anyway.

C’mon, you know me, I always make these things more ‘personal’ instead. I mean, I’ll take any excuse for a thrown in “phnar, phnar”!

Anyway, what I was getting at was this. Even though I like to rage against the stereotyping machine I do have to concede that the way us chaps and chapesses broach chewing the fat re the carnally inclined often (but not always, I won’t quite bring myself to fully stereotype) throws up some interesting differences. Take for instance, an anecdote I first brought to light quite some time ago where my pal Sammie awoke one night and, to be blunt, discovered her beau sticking a candle up his backside all in the name of, he sheepishly confessed soon afterwards, ‘exploration’. Now this story in itself (did you see what I did there) isn’t the main thrust (sorry) of my point (yes, yes, I know). It’s more the matter of fact way in how she relayed it to me. Because women approach this subject far more straightforwardly don’t they? And just… well… I was going to say ‘come out with it’, but then you’d have been cross… but you know what I mean. He did this, he did that, I felt this, I liked that etc; they’ll tell it how it is (or was) without unnecessary hyperbole.

Furthermore (and again I’m making assumptions, but I think I’m on a good wicket here) such commentary doesn’t have to be had with only the most intimate of their girlie pals either. Depending on the situation, naturally, these observations can be shared with those they aren’t as close to as well. Or so it seems to me anyway.

Contrast this, then, with us guys. And again I draw your attention to something from the previously disclosed anecdotal annals (careful!). The night everything changed is what immediately springs to mind (well actually the night that proved the catalyst for that change, to be more accurate). There we were, Joe, Tony and I, out on the tiles for a summer eve of drinking (and, as it transpired later meeting a certain pole-dancer), with Tony telling us all about his latest conquest. Only he was not so much telling as bragging about how wild it all was in the boudoir (her giving it a bit of, “Who’s the boss! Who’s the boss!” etc); with the added boast that he always knew just how to get ‘it’ and where. And his whole tone was decidedly different to what I referred to earlier. There was no matter of fact contained in any of what Tony had to say; instead it was all about trying to impress us with the breadth of his experiences. Because that’s what guys do if they’re going to collectively talk about this sort of thing (when they’re not just sniggering like naughty schoolboys that is).

It’s a bit of macho chest-thumping on how much higher the chandelier I was swinging from was than yours, etc. That’s not to say guys can’t be more open with each other without having to be economical with the truth. But if there have been difficulties, or encountered inadequacies, this is a conversation to be had with only your closest, and trusted compadre. Hence like the Sith, there are never any more than two of you present in that conversation. For example, way back about the same time as BD first came along, Joe was going through a period of personal anxiety due to the fact he was putting on weight, meaning he was getting pretty downbeat about his ‘appeal’. However this wasn’t something he felt he could readily admit to anyone except me, and maybe Tony. On the other hand even then he would still always need to juxtapose this by reminding us of tales of his younger, trimmer days where those including Miss ‘Somewhere in Eastern Europe’ (I still forget where) were partial to his charms – or as Tony might have preferred to phrase it, when he was still a ‘f*****g tart of the first order’.

As for me, it wasn’t until I created BD that I was able to confront such things with anyone. I guess back in the days of the Before, as far as I was concerned I didn’t have a story worth telling, although I was probably just as conspicuous by my silence. Okay, so what happens when women talk with men or vice versa re such matters? After all that’s what the magazines, ‘educational’ sex books and sat on the TV couch know-it-alls preach that couples should do if they want to keep things interesting. Well again, I can only comment subjectively, but I think what results is something of a balance between a swordsman’s memoirs and a playful litany of dos, don’ts, likes and dislikes.

Sammie and I for instance always had such chats, although never in depth until much, much later after BD came along and I felt more comfortable doing so, while I suspect she’d always been ‘up for it’, so to speak, had I ‘probed’ (you knew I was going to do that didn’t you) further.

Actually though it was with a woman called Angel whom I met online when BD was still in short trousers that I lost my sex-talk virginity to when we spent one long night just chatting about… well about sex of course. And no it wasn’t all “hi r u horny” cybersex type chatter, but by the end of it, wow, what a turn on, all through simply sharing thoughts, experiences, predilections without anything more than mild flirtation in between alternating textual revelations. And I have to say I much prefer how you gels just speak your minds. I mean now that I’m more at home partaking in these intimate tete-a-tetes with Sammie, she’ll sometimes openly raise her little finger to indicate you know what, without need for exaggerated elaboration should we be musing on the failings of a recent conquest. Or as she told me once, “When we started the clock said 10.35, and after it was all over I noticed it was 10.38” – no embellishment, no graphic detail, just the devastating facts (although hey, as I see it, at least the guy beat the proverbial 2 minutes by a further minute).

But honestly, talking about sex… and with a woman… oh my, hear yet more schoolboy sniggers. Well why the hell not? Watch the twist in Sex, Lies and Videotape when Andi McDowall turns the camera on James Spader. Shock horror, women are interested in your ‘detailed’ experiences too. No way? Yes way! And get this, they might even find it a little exciting when you describe them.

But friend … bullshit at your peril! If you’re going to boast about your alleged sexual prowess, a level of salivating expectation just might go and heap itself upon your manly shoulders meaning if you’re later unable deliver, your bed cred (let alone your street cred) will swiftly disappear in a brutal “was that it?” or perhaps even the chilling rise of a manicured pinky as she spills all to her pals.

Such caveats aside however, although the gender divide means we might do these a little differently at times, it nonetheless remains, as they used to say in those old BT adverts, good talk to talk – there you see, I got all the way to the end of this latest observation without one gag about oral.

How To Talk Dirty

The Girl’s Guide To Date Preparation
Get the latest from the blog: