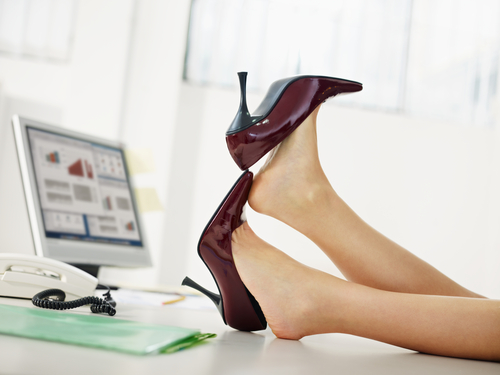 I remember once having a discussion with a friend on this point and stating the very obvious. If he dated an older lady with a well-established, lucrative career, he had to expect that she would probably earn more than him and enjoy a better lifestyle. Not only that, but she would have worked really hard to be in that situation! “I know that logically” was his reply, “but I still feel it’s not right.”

Ironically, the very things that attracted him to an older woman were also the things he found the most threatening. It’s a cliché but tragically, those things challenged his pride and sense of masculinity. Well, decades have passed since that comment, which is why I was so heartened by the release of the song ‘Miss Independent’, sung by Ne-Yo, and co-written by three men, Tor Erik Hermansen, Mikkel Eriksen and Shaffer Smith.

It suggests seismic change in 21st century attitudes to relationships.

A self-sufficient woman in a position of power, like the one in the song, what does she want? Well, I’m sure of what she does not want.  She does not want a man who views her purely as a sex object, is threatened by her, is over-dependent on her or wants to set up in competition.  She wants someone who can really see her and recognise her worth. She wants to be with a man who genuinely appreciates and admires her for everything she is. This includes her talents, achievements, attractiveness and yes, her success. She wants someone she can relax with and be herself with. Moreover, she revels in the allure, passion and energy such an age gap can bring to a relationship.

If you’re interested in someone like this, don’t worry about your success at work. She knows you’ve not had as much time to build things up, that’s probably a given if you’re younger! She will recognise it if you are interested in a different kind of success and that may well be part of the attraction. She knows that she’s unusual. It’s not an issue. She wants to enjoy your company and hear your views but she is not reliant for your support in her endeavours.

There’s many a man now whose woman is in a position of authority: smart, sexy, strong, accomplished, decisive…and much older.  He should not feel intimated by her but rather be proud of her and willing to learn from her.  He needs a healthy self-worth and security in himself and his masculinity for this type of relationship to work.

I wonder from time-to-time whether my friend ever listened to that song or read the lyrics.  It might have showed him what he was missing- the woman who shines is sooo worth it!