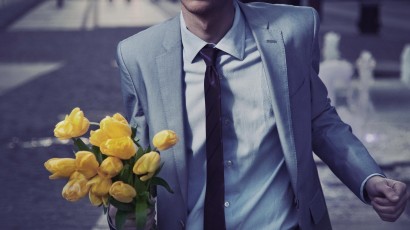 It’s amazing how simple things can affect your nerves, and dating older women is no different.

For example, without discussing what my job is, it requires me to be fairly confident. It is fair to say that when I first started I was a bit nervous but since then it has become second nature which should be how talking to older women becomes, but sadly that is not always the case.

I have always been a bit nervous with women – most men are. But over time you get your confidence, you develop your swagger and it becomes easier. In theory anyway.

I have been dating older women throughout my life. From my younger days in school asking my friend to ask her friend to ask her if she would go out with me (wow). To dancing with a woman in a club and exchanging names, numbers, etc.

So why does the thought of when I meet women fill me with such trepidation?

I sat back and I had a think. I asked myself, what makes me so nervous? (It’s probably worth pointing out that on dates I have had with women I have not gone there shaking with fright or collapsed due to how nervous I was.)

The first thing that springs to mind is that fact that she is older. Simply, with an older woman you associate authority. A woman who knows what she wants and is probably not in the business of playing games. Sub-consciously, I am probably intimidated.

Secondly, the actual meet. What are we going to talk about? Am I going to say something that’s going to make me seem young? Does she have a son as old as me and something I say or do will remind her of him? What is going to happen afterwards?

I refer to one of my first experiences of dating older women and these were some of the questions which were swirling around in my mind. As it turns out I had nothing to worry about because as soon as we met I felt relaxed. The conversation flowed and we had a good chinwag about everything including her son (who was younger than me).

It did not work out in the end but we are now good friends to the point that she called me the other night asking for relationship advice. I felt like a right agony uncle as I told her that her man was no good and simply using her. I think she knew this but just needed confirmation that she was doing the right thing by getting rid of him.

So all in all I think it is good to be nervous. Getting that adrenaline flowing is probably a positive thing and what I have recently realised is that when it comes to older women dating younger men, they are probably nervous meeting than us (and if not, more so). Some are completely out of their comfort zone. Let’s not be intimidated gents, let’s embrace our feelings. The way I see it, if you are feeling nervous then you must be on to a good thing.

It is just about embracing your nerves, controlling yourself and enjoying your date. You never know what could happen at the end of it… date number two perhaps?

8 Reasons Older Women Love Scottish Men
Get the latest from the blog: