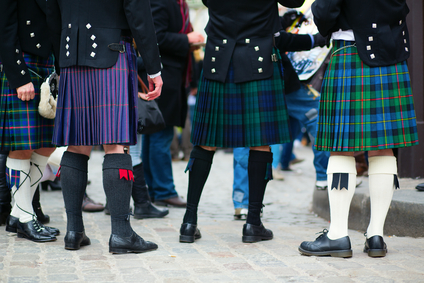 Based on extensive research (asking my Mum, a lady in the newsagent, and eavesdropping in on a pub-chat) here are the 8 reasons why cougars love Scottish toyboys.

Even if what Scots are saying isn’t always comprehensible, there aren’t many woman who will deny that the accent is hard to resist. Like the rest of the UK, regional differences in Scotland are great; but with all Scottish accents containing the same purrs and poetic like qualities, who really cares? With a tongue that so successfully rolls its R’s, it’s Samantha from Sex and the City who wonders what else a tongue like that can do…

Scots have a strange way of showing affection. It usually comes in the form of continually making fun of the person we like. Scottish humour is made up of a healthy dose of slang, playful banter and self-deprecating rants. What’s more, the Edinburgh Festival Fringe provides enough humour to keep a Scot topped up with naff one-liners and naughty anecdotes for the rest of the year. At one of his shows during the Fringe, comedian Kevin Bridges asked if there were ‘any tourists visiting Edinburgh?’ One audience member raised his hand and replied ‘Glasgow.’

Sure we might not all look like the kilted bloke on the front of the Scott’s porridge oats packet, but that doesn’t mean that we’re still not as rugged as leather-clad bikers or Italian builders (minus the tan). Despite our sensitivity, we’re really quite manly; whether it’s skinny-dipping in meltwater lochs or stopping flaming terrorists by kicking them in the testicles. Neither of which is favourable to the aforementioned man-part. If you’re with a Scottish toyboy, you can relax in knowing that if there’s a whiff of danger they’ll sling you over their shoulder and carry you to safety.

A lady in my newsagent provided me with these two fascinating insights into the attraction of the kilt: 1) it’s great for women who want to feel more dominant in a relationship, 2) easy access. The endless pirouetting and glimpses of flesh that accompany kilt-wearing, shows that these skirts are great for male confidence. Kilt-wearing also creates a sense of occasion, stirs a (tolerable) sense of national pride, and allows us to show off our shapely pins.

My friend from Edinburgh recently told me how he tried to strike up a conversation with a London commuter on the tube. It didn’t go well. Scottish people, while we have our many flaws, are among the most friendly in the UK. Anyone who has ever been driven by a Glaswegian cabbie can testify to this. I don’t know if it’s just because we’re a small country and so feel the need to stick together. Perhaps it’s a means of counteracting the inevitable lack of summer. Whatever the reason, my friend had to learn about this inherent Scottish friendliness the hard way.

Any nation that can remain passionate despite consistently losing at every sport known to man deserves serious kudos. The recent political fervor in Scotland shows just how passionate Scots can be. National pride is ever present with Scots – just look at the smug grins of our politicians and the cult status that Irn Bru holds. Sure, being overly passionate is sometimes a real bore, but in the right situation it can be very attractive.

Scotland’s varying landscapes are some of the most beautiful in the UK, so chances are that your Scottish toyboy is going to want to show you some of these hidden gems. Whether you can imagine yourself in the purple heathered highlands, on a ivory-sand beach in the Outer Hebrides or wandering the cobbled streets of Edinburgh’s old town – there are many great date spots in Scotland that can make even the most hardened Scot weep.

Wherever you go in Scotland people are always looking for a reason to celebrate. Hogmanay, Burns Night, St Andrews Day, and the Edinburgh Festival Fringe are just some of Scotland’s events. Ceilidhs and reeling usually accompany most celebrations and help those people who can’t spontaneously dance, but are able to follow instructions (i.e. me). Join the party atmosphere.