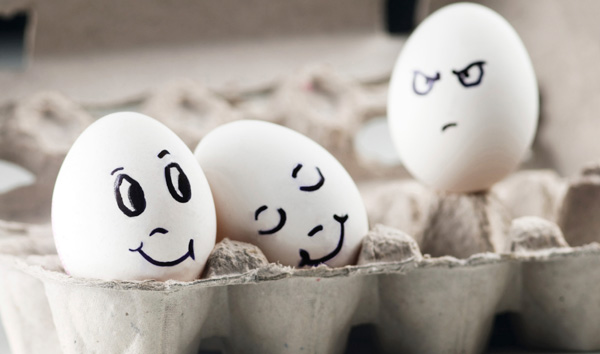 So you think you may have found Mr. Right…or at least “Mr Right Now”.  It’s sunshine, smiles, snuggles and lots of other things beginning with “s”, all the way…

You like him, he likes you, and the chemistry is so intense it could power the National Grid. Your friends – and even your family – like him and everyone thinks you are the perfect couple…but hang on, before people start ordering hats, what’s this…?

Sudden moodiness…gazing into the middle distance…not quite connecting somehow? What’s going on?  Is there someone else?

Well, there COULD be.

Or maybe there ONCE WAS….

He MAY be carrying a torch for an ex- lover.

SO, how will you know?

Here are the “Five Signs of Fake Fidelity”

He’s online – again. Facebook, Twitter, LinkedIn, you name it, he’s on it, either trying to reconnect or looking for clues to what “She” is doing now. And who with.

There are calls, emails, texts, maybe reciprocated, maybe not. Either way you lose. If he’s in touch, he’s cheating, or prepared to. If he’s not, he’ll only try harder, because men just love a challenge, even if they know they can’t win…

And I don’t mean signing on. If he’s still providing a shoulder to cry on for her from time to time, you can bet your bottom dollar he’s in the market for providing a lot more than that if the chance arises. Don’t accept it. Just. Don’t.

4. He Talks about Her

All the time… If you’re not careful you’ll find yourself  becoming his personal all-hours counselor,  trying to help him get over her, or desperately trying to prove that you’re better than her.  Big mistake. Respect yourself, because if he’s doing this, you can bet he’s got no respect for YOU.  If he’s not grown up enough to move on, immediately pack him a satchel with some sandwiches, a nice shiny apple and a clean hanky and tell him not to come back. Ever.

What this means is he’s not ready to commit to YOU. If a longstanding relationship isn’t moving on, it’s not going anywhere. If you’re fine with that, that’s fine. If you’re hoping for more and you’re not getting it, it might be time to take a view. And you can always take a view from a nice balcony in a sunny spot overseas, with a bottle of something delicious and a tube of factor ten.

At the end of the day, you deserve to be happy. So does he. But if being happy for him means living in a world that is dominated by memories of his ex while he keeps you dangling, you need to ask yourself, “Do I deserve this?” No, you don’t.

It really is your call…

5 Ways To Know If It’s Just Not Working Out

8 Signs You’re Secretly a Cougar
Get the latest from the blog: