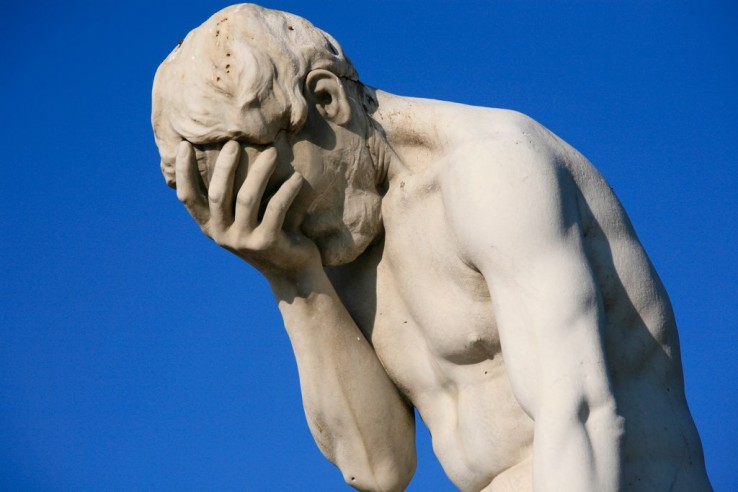 So you’ve signed up, uploaded a couple of photos and written a few lines about your hobbies. That’s all a toyboy has to do to watch the date offers roll in, right? Wrong.

If you’re new to the online dating game or not having much luck, check the following advice and avoid making some of the most common mistakes a toyboy makes when starting out.

Let’s face it, we all judge a book but its cover (at least initially) and women are no different.  The first thing she is going to see is your photo so make it a decent one.  You might think those blurry, drunken Ibiza snaps from 2007 are still super cool but you’d be mistaken.

Women are highly perceptive when it comes to appearance and will judge a million things from your photo alone.  If at all possible get your photos taken by a professional.  They will know how to bring out the best in your appearance and maximize your best features.   Also, try and get ‘situational’ photos, anything that shows you around other people and generally enjoying life.  This gives what psychologists call ‘Social Proof’ and essentially makes you look fun and interesting to be around.  Failing that get a good quality digital camera and get a female friend to help you out (not your mum).  Have fun snapping away and pick what she thinks are the best five.

So you like holidays, watching movies and socialising with friends?  Guess what, so does everybody else.  Clichéd blurbs like this will see you labelled ‘average’ quicker than a mouse click.  You must be interesting in a different way.

Now I understand most of us are not rock stars or famous sportsmen but that doesn’t mean you can’t make yourself sound like a minor legend.

Try to get across that you are ambitious and have direction in life.  Women prefer a toyboy who knows what he wants and isn’t afraid to go out and get it.  This doesn’t have to mean you are trying to bludgeon your way to the top of the corporate ladder or acquire Bill Gates style wealth, it simply means you have focus and passion, two qualities women find highly attractive.

Instead of saying something mundane like “I enjoy eating in restaurants” try; “I love sampling foreign cuisine and meeting people from different cultures”.  These are essentially two ways of saying the same thing but which one do you think sounds more interesting?

Hopefully this one is common sense.  If your profile resembles the original manuscript of War and Peace then you’ll likely bore any poor girl patient enough to read it.  Bear in mind that you are dealing with a short attention span online.

At the other extreme the profile that says no more than ‘I’m Bill and I like football’ sounds about as interesting as….well, football.

Keep it brief, to the point and avoid extremes.  No more than 500 words is a good start.

Nothing turns women off more than desperation and neediness.  You might think that romantic lines like ‘looking for the one’ or  ‘I could be your knight in shining armour’ will have women swooning at your chivalrous toyboy charm but I have to break it to you pal, you’ve just made yourself sound like a total loser.   Women aren’t stupid. They know why you’re on a dating site, (the clue is in the name) and it’s certainly nothing to be ashamed of, but brazenly stating you are looking to marry and settle down will have the ladies running in the opposite direction.  Unless you’re looking for a mail order bride keep it friendly at this early stage.

Attractive women are bombarded with unsolicited emails all the time.  Even women you might consider ‘average’ looking receive dozens in a day.  Don’t believe me?  Just ask a female friend.  The good news is that most are the same lame boring openers she’s heard a thousand times before.

If you want to stand out from the crowd you’ll need to get a bit more creative than just “Hi Hun, fancy a chat?”  Asking closed yes or no type questions can stop a conversation in its tracks.  Instead try something that allows her to tell you a bit about herself.  For example; “I see you like art, who are your influences?”  Not only does this show you’ve bothered to read her profile but also allows an opportunity to establish rapport.

Avoid profanity, vulgarity and definitely anything that hints at sex.  I can’t describe how much of a turnoff this is (see point 4) and watch your spelling!  It’s just embarrassing for everyone.

Now put this into action and thank me later.

Author of Online Dating For Guys.

The Art of Taking Profile Pictures

Toyboy Warehouse Speed Dating
Get the latest from the blog: