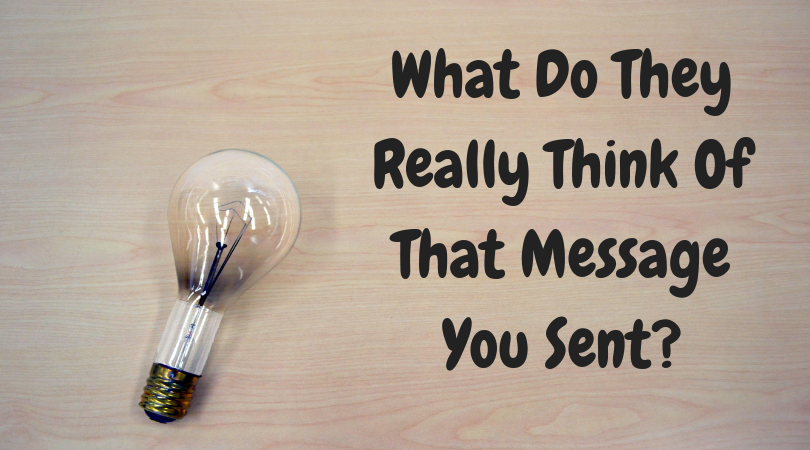 What Do They Really Think Of That Message You Sent?

For anyone who has completed copious amounts research into mind reading and have cracked the code to finally hear other people’s thoughts, don’t bother reading this.

For the rest of you, you’re in luck, today you’re about to find out what other people really think when reading your dating messages, all without the aid of psychic abilities. That’s right, we asked a random segment of cougar dating site Toyboy Warehouse members exactly what goes through their head after reading your beautifully scripted DMs. The results may shock you.

We asked the girls…

The girls said: You guessed it, it’s a big fat ‘no’. On Toyboy Warehouse, women get 3x more messages than men. So a first message is really an opportunity to stand out from the crowd. Even if you’re the next Brad Pitt, with a bank balance to match, message with just a ‘hey’ at your peril. The consensus has spoken, it’s not going to end well for you.

The girls said: You guessed it again. It you fancy sending a downbeat first message, you’re going to get a downbeat reply – if one at all.

The girls said: Compliments are a funny thing, sometimes they can bring joy, other times they can make you look a little bit creepy. But according to a group of our members, that distinction isn’t random.

Unsolicited physical compliments, for the most part, were seen negatively. Unless there was a little rapport already built, even the nicest compliment comes across needy and weird. So if you do want to say something nice about someone’s appearance, try and build a foundation first. However, maybe you’re looking to compliment something other than appearance, for example:

Compliments such as these were looked on much more favourably. It still possible to be a bit creepy if done wrong, but as long as you’re kind and sincere it’s a great way to get some dating brownie points.

The girls said: It looks like the corny pick up line has made full circle and is now a perfectly acceptable first message. The consensus said a funny pick up line is a great way to say hello, only if it was done in a slightly self-deprecating way. As long as the other person intended it to be corny, and not actually a pick up line that would work every time, then it’s considered a sweet and fun first message.

We asked the guys…

The guys said: It seems physical compliments were a big ‘yes, please’ from the guys. The general consensus said it’s a nice little ego-boost and a good way to show you’re interested. It’s worth keeping it pretty clean (nothing too explicit) but being a little flirty or sexy with it is perfectly acceptable.

Message: ‘Can I get your phone number?’

The guys said: While the ladies making that the big leap and asking for a phone number is mostly appreciated, it being a first message is considered a little forward. Accordingly to the guys, 3-5 messages was sufficient before asking for a phone number. Anything less seems a little desperate, anything more and you’re at risk of just being a ‘dating site friend’ and never anything more.

The guys said: There’s a general consensus that guys shouldn’t just message ‘hey’, that women don’t like it and that it rarely leads to a reply. It turns out the same is true for women. Our members called the simple ‘hey’ message ‘lazy’ and something ‘not really worth a reply’.

The guys said: While this may be a little dramatic, variations on a pessimistic or downbeat first message are not received very well. The most common response was that desperation is a little unattractive. While the other person may not be the happiest bunny in the world, starting off your dating journey with a downbeat message isn’t the best way to go.

Help: I’m in love with a cougar

What are younger men queuing up for?
Get the latest from the blog: