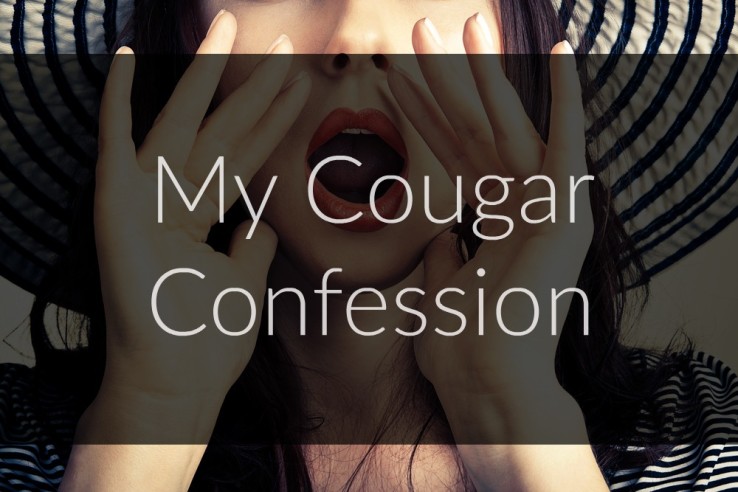 In the nine months or so I’ve been on Toyboy Warehouse I’ve told only a handful of friends about it (including my two grown-up kids).  I kind of knew all along what was holding me back, sniffing the possibility of disapproval in the air; the judgement of those who believe I should live by the creed of what they think a woman of my age should be doing – or not doing!

However, my life began to feel like it was divided in two: those who knew and those who didn’t, and I felt increasingly uncomfortable with that. So I decided to start being more open about it all. Why the hell shouldn’t I tell everyone who answers to the call of ‘friend’ that I’m having a good time with younger men?

But oh … eyebrows raise … mouths gawp open … reactions vary from a genuine ‘that’s fantastic’ to a sharp move away from the subject on to more mundane things. Men, since time began – or since anyone starting counting – have rushed off into a middle-aged sunset and the arms of girls twenty or more years younger than them, often leaving in their wake distressed wives of many years and confused young adult kids. People have always talked about waiting until kids are grown-up before leaving a marriage but statistically, the worst time – the time most likely to topple them into a depression – is when they are between the ages of 18 and 25.

Yet, when Middle-Aged Man does this, although there will be cries of disapproval, there will also be the secret asides of nudge-nudge, wink-wink, ‘I didn’t know old so-and-so had it in him’, and Middle-Aged Man acquires a new and enviable status. His assumed sexual prowess will be celebrated; he’ll become a token of envy amongst his peers (other men of course).  Middle-Aged Woman, however, doesn’t enjoy the same reaction.

Even a middle-aged woman who hasn’t broken up any marriages or upset any kids; told any lies or ruffled any other woman’s feathers – expectations of her are different. We may be in a world of rich and famous cougars hitting the headlines but ‘gorgeous women dating younger men’ hasn’t hit most ordinary lives yet.

I’m hoping this is all a middle-aged, generational thing and society is growing out of this sexist attitude to relationships. After all, does it really matter whether the man or the woman is the elder? And an age gap is just a number of years (‘What’s in a name?’ asked Juliet; ‘What’s in an age?’ ask I) and being with someone and both of you being happy is more about playing by the same rules and having the same expectations than counting numbers.

Someone’s emotional and sexual maturity isn’t by default linked to their age; finding someone sexy, fun and great company isn’t about their age or yours. Sure there are fantasies to be played out – the older woman; the younger man – but in the end this isn’t what necessarily makes a relationship work. So, here am I, going defiantly into a future full of possibilities. Seizing what’s best in the moment and living life to the full – and having fun!  And if anyone has a problem with that, let them not go by the name of ‘friend’.