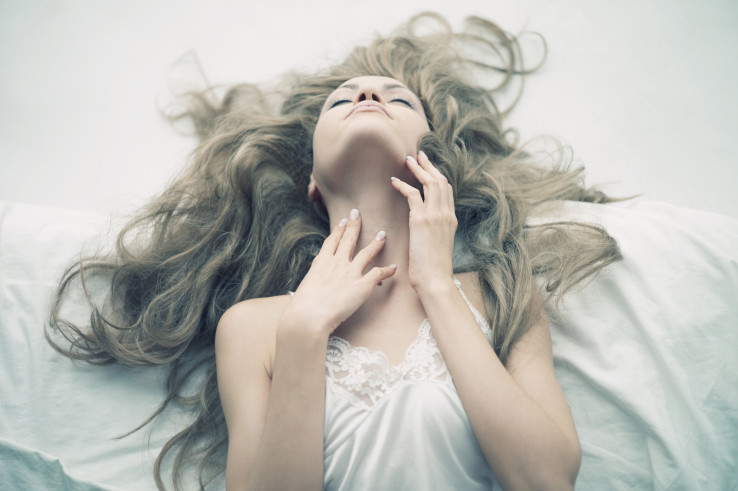 Faking It: Why We Lie About The Big ‘O’

We have all had those presents at Christmas, usually in the form of woollen knitwear, where we thank the elderly relative with a forced smile, and a line along the lines of ‘It’s just what I always wanted!’

In anonymous internet polls, nearly fifty percent of women admit to having faked orgasms with their partners. Though that may be earth-moving news to a lot of men out there, nearly the same amount of men admit to doing the same. So why do both men and women fake orgasms rather than being honest?

Rejection from anyone is hard to accept, and the fear of it can be an annoying back seat passenger in our minds, piping up at the most inappropriate of moments.

If we let our partners take the wheel each time in bed without directions or navigation, we may end up somewhere where we don’t want to be, but fake the excitement of arriving nonetheless. So take control of the wheel once in a while, go where you want to go instead of being a passenger all the time. And instead of thinking: ‘Are we there yet?’, you can begin to enjoy the journey instead of focusing on the destination.

Though we’ve only an audience of one, we can be very self-conscious of our performance. Though nobody expects a standing ovation, a good performer will want to leave their audience satisfied and wanting an encore. The trouble with acting the part, even an award winning performance, is that acting is still fake. If we want to genuinely wow the critics, we have to break the fourth wall and take part in audience participation.

Nobody wants to hear that they’re ‘Not good enough’ in bed, but hearing the sounds of a convincing fake orgasm would tell them otherwise. Criticism of a partner, no matter how constructive we try to be, can be a touchy subject, and one best approached with delicacy. Anybody can be taught how to please, but first they need the right teacher. Know what it is that pleases you first, and then bring it up during the next lesson. If your partner is serious about graduating, they’ll pay attention, but if they chew gum and play on their phone, it may be time to flunk them.

By being honest and truthful with each other, we wont have to fake anything. Lying to each other about what we want and what makes us happy, will only leave us unhappy and unfulfilled in the end. So talk with your partner about what it is you want and what they want, and hopefully unlike Santa Claus’ presents, you won’t come just once a year.

The Four Posts You Need To Be a Better Lover