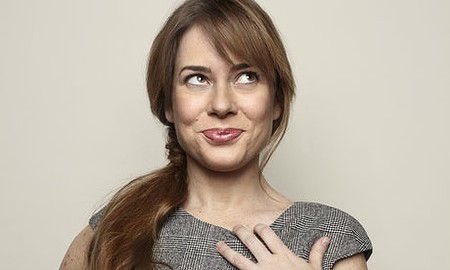 All The Single Ladies

There was article in last weekend’s Observer about an American woman called Kate Bolick who had written a piece in Atlantic Magazine about the fact that she, approaching 40, might never marry. It caused a stir and a lot of interest (30,000 ‘likes’ on Facebook.) She’s even been approached to turn her story into a TV series. Her piece is a profound insight into the shifting sands of society both in the US and in the UK and makes a very interesting read, especially for people who have found that marriage has eluded them or isn’t something that ever attracted them.

Now that women are financially independent, and marriage is an option rather than a necessity, we are free to pursue what the British sociologist Anthony Giddens termed the “pure relationship”, in which intimacy is sought in and of itself and not solely for reproduction. (If I may quote the eminently quotable Gloria Steinem again: “I can’t mate in captivity.”) Certainly, in a world where women can create their own social standing, concepts like “marrying up” and “marrying down” evaporate – to the point where the importance of conventional criteria such as age and height, Coontz says, has fallen to an all-time low (no pun intended) in the United States.

Everywhere I turn, I see couples upending existing norms and power structures, whether it’s women choosing to be with much younger men, or men choosing to be with women more financially successful than they are (or both at once). My friend M, a successful film-maker, fell in love with her dog walker, a man 12 years her junior; they stayed together for three years, and are best friends today. As with many such relationships, I didn’t even know about their age difference until I became a member of their not-so-secret society. At a rooftop party last September, a man 11 years my junior asked me out for dinner; I didn’t take him seriously for one second – and then the next thing I knew, we were driving to his parents’ house for Christmas.

In the months leading to my breakup with Allan, my problem, as I saw it, lay in wanting two incompatible states of being – autonomy and intimacy – and this struck me as selfish and juvenile; part of growing up, I knew, was making trade-offs. I was too ashamed to confide in anyone, and as far as I could tell, mine was an alien predicament anyhow; apparently women everywhere wanted exactly what I possessed: a good man; a marriage-in-the-making; a “we”.

In 2001, when I was 28, I broke up with my boyfriend. Allan and I had been together for three years, and there was no good reason to end things. He was (and remains) an exceptional person, intelligent, good-looking, loyal, kind. My friends, many of whom were married or in marriage-track relationships, were bewildered. I was bewildered. To account for my behaviour, all I had were two intangible yet undeniable convictions: something was missing; I wasn’t ready to settle down.

© 2011 The Atlantic Media Co. A longer version of this article first appeared in the Atlantic Magazine. Read the full version here. All rights reserved. Distributed by Tribune Media Services