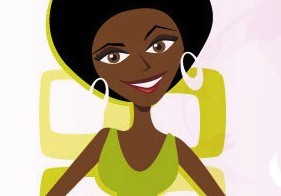 Why I (Sometimes) Date Younger Men

For a whole warehouse full of younger guys (not to mention gorgeous, savvy, smart, and sexy older women), Sign up to start cougar dating or meet mature women new you.

Life is wonderful. You are constantly out, the champagne is flowing and your life is being carefully documented through facebook photo albums. It limits the number of times you can wear the same outfit but apart from that all is well. I was very clear that I dated men that were older and had the weight and gravitas to ensure that I could always afford my black cab fetish.

Then you start to realise that there are fewer people to go out with. Couples complain it’s too cold or have travel plans, friends are all pregnant and finally you are the last party starter left in the bar. Party for one is not a phrase that is likely to catch on. It used to be that you would take your fabulousness to the gay bars of Soho but alas, these too are emptier of people your own age as marriage and adoption are more common. And Vauxhall is too far and too testosterone fuelled. I would like to personally thank Elton John for the misery that is my social life.

So with the options limited and the dating pool shrinking at an alarming rate I realised… I had to do something. Not only did I need someone to plus one all the weddings I’m constantly invited to but I have other needs that need to be met to avoid me killing tourists on the left hand side of the escalator. So here are my weak reasons for rethinking my views on dating younger men:

We all know that age and sexual peak are related. Furthermore with the internet there isn’t that big an experience gap as once was. Some of these young’uns didn’t have to sneak that one porn tape into their house to learn what sex was all about. I like knowing that round 2 and 3 aren’t dreams. And they are keen enough to learn and be guided. The other day I had the experience of a 30 year old. Round one lasted… 8 minutes. Round 2 lasted shorter. Worse there just wasn’t enough time to give him instruction. Clearly 30 is the new 40 and is now too old. Just remembered I must delete his number.

Yes you will have to listen to tales of scuffed trainers, T-shirts and group dynamics of people whose names you don’t care to remember but there is a carefree energy the young have that make them attractive. And they still believe they could make it big, bless em. This is the age to date wannabe rappers. Don’t wait until they’re in their 30s and them jumping around the stage with that middle age spread just looks like an uncle at the wrong wedding. Get the dreamers with true potential who don’t yet have the emotional and physical baggage to be bitter. But be careful! Too young and he may still be battling puppy fat. It’s a thin line my precious.

Maybe it’s because you don’t go into it wondering if this is potentially the father of your children. There is something more fun when you date younger men who aren’t always talking about mortgages, redundancy and pensions. Their only stress is handing in an assignment or getting to work from yours on time, but that’s about it. Probably because their Mum still does their washing and cooking. Maybe dating them is just a reminder to you of you as your younger more confident self. It helps you get a piece of that joie de vivre back. And normally they can still laugh at themselves. But only just. Be careful not to tease them too much as they do have a tendency to sulk.

I was well proud of myself for reaching double figures on my Blackberry messenger contacts. I had finally arrived! I have 12 BBM friends. Then I met a younger guy who was juggling 200. I had one boyfriend whose mobile number I never even knew. All arrangements and meetings were handled by our blackberry messenger. I have however, learned that one inappropriate emoticon cannot be fixed with three others and a plea to ignore the previous messages. Apparently what you say on BBM counts as the sort of thing you can’t take back.

So ladies let’s not dismiss the 20 – 28 year olds. They may not be ready for everything you have planned but they have much better bodies. And there is nothing wrong with building a new dating pool if the old one starts to get dry.

Right, I’m off to figure out this whatsapp business. Toodles!

You can find it here