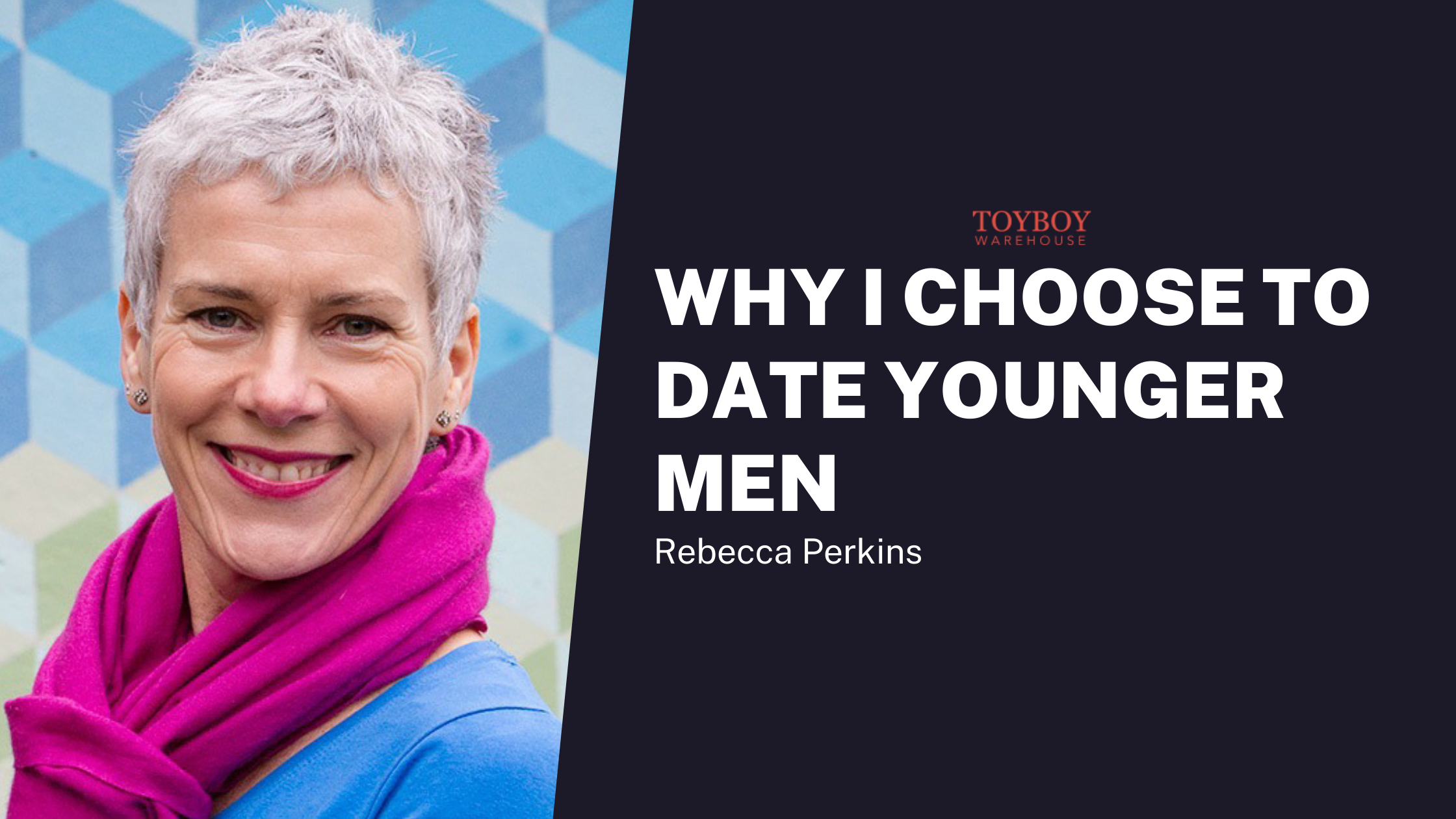 So let me set the scene for you.

My 20-plus-year marriage had ended, a lonely, passionless and pretty miserable final few years. No intimacy, no sex. I had turned into my great-aunt Maud, a dried-up old prune.

During this time I met a guy while taking a course. He was 10 years younger and charming. What followed was an intoxicating foray into text flirting—leaving me quite giddy with rapidly thawing frigidity and the profound realisation that I’d lived my previous 20 years in a sort of coma. That friendship, however, remained platonic.

The attitude of men my own age saddened me, and I became frustrated by their idea of foreplay (not to mention the postcoital narcolepsy five minutes later. So, I told myself, wasn’t it about time I did a little road testing of some younger models? (Purely in the name of market research, you understand…)

I had begun to realise that I’m a nonconformist—a rule-breaker and risk-taker… and, further, that I’m completely comfortable with my own nonconformity. I was 47, and it was about bloody time I celebrated the Rebel Rebel in me.

Around that time an acquaintance told me about a dating website called Toyboy Warehouse. She added that she couldn’t possibly sign up on that site because of insecurities about being overweight/out of shape/unfit/wrinkly/timid… I’ll bet you can already guess my response…

It’s a curious old thing–the word cougar sounds rather threatening and predatory, don’t you think? Yet “threatening” and “predatory” are absolutely not words I would ever use to describe myself. So I was curious as I registered my details, a short, bio, my height, hair colour, AGE and other details, I signed up and held my breath! What world was I entering?

My girlfriends fell into two camps: those utterly horrified by what I was about to embark upon (secretly jealous I reckoned) and those who cheered me on and wanted all the details (maybe just a bit jealous but also excited about living vicariously through me)!

I joined the site because I like a dare!  I was looking for fun, flirting, sex, and education. What I did not expect was that great friendships would develop, along with a level of intimacy that I’d never before experienced before in my life. And, best of all, more attention, devotion and laughter than during two decades of marriage.

And the sex. Oh, the sex was extraordinary. Selfless and attentive and satisfying. You see, the reality is far from the cultural icon of Mrs. Robinson. In fact, the most likely scenario for a woman with a younger partner is that she has arrived at midlife having had a long long-term relationship, few sexual partners, several children, and a pretty boring sex life.

These young men are thrilled to be able to teach an older woman some new tricks!

I was curious, so questioned these beautiful young men on their reasons for hanging out with an older woman. (The men I have met are on average 15 years younger than me)—and their answers were enlightening.

In the beginning I did begin a rendezvous by justifying myself, explaining that my body was not that of a 25-year-old; that I’d carried, given birth to, and nursed my children, blah, blah. And then a finger came up to my lips to silence all my disclaimers.

“Have you any idea how amazing I get to feel because YOU chose me?” was the response I got from one beautiful young man.

“I get to be myself with you,” he added. Good grief, I didn’t see that one coming. We get so caught up in our own insecurities about how we look that we lose sight of what’s really important, about who we are on the inside.  I found that in these nontraditional older-younger relationships, both my partner and I got to be who we really are—masks removed.

Ladies, don’t wait until you’re “perfect” before you get out there dating again. Get out there right away and do some exploring—you might just end up having the time of your life.

Haven’t tried Toyboy Warehouse for yourself? Join the Fun