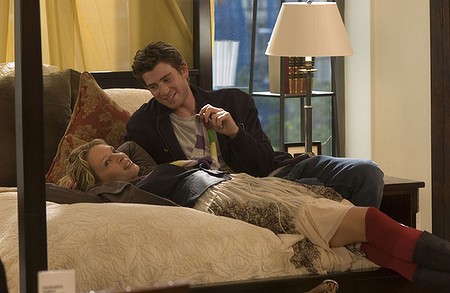 Are women who date younger men the new black? More and more women seem to be doing it. The amount of women choosing partners ten years younger than themselves has risen by 25%, according to the ABS.

Those that do have become commonly known in pop culture as “cougars”, taking part in cougar dating. Central to Cougar-hype is the younger man’s desire to date older women. You might think it’s all about sex, but you’d be wrong. Younger men are pulled in by the increasing appeal of the emerging Ubercat.

The new Ubercat
The modern day “cougar” is most certainly Uber. Confident, affluent, with a certain bow chicka wow wow, most of these Ubercats don’t even consider themselves a cougar. A Management Consultant, Sarah, 40 and currently dating a 28 year old man noted, “I found I was being hit on by younger men more and more. It’s not something I ever saw myself doing, however there seemed to be an obvious smaller pool of older men around. Initially I had no intention to date younger men, but now it’s very normal and I don’t even think about it although I don’t really see myself as a cougar”.

This sentiment is mirrored by small business owner, Michelle, 41, who unintentionally ended up in a relationship with a younger man. “I was using online dating and was inundated by the contact from men in their twenties. I reluctantly went on a date with one of them. Surprisingly it went well and we are now dating. If the media says I’m a cougar, I’m an accidental one.”

Economics
A growing number of sociologists say there is a real demographic shift going in and the change is driven by the choices women are making as they redefine the concept of a suitable male and .  Australian author and Sex Therapist, Jacqueline Hellyer, believes change in the economic element of relationships is key.  “In the past because women couldn’t support themselves, they had to choose a partner who could support them. This meant choosing an older man who was wealthier and more advanced in his career. These days women don’t need to choose a man who is wealthier that them, because chances are they can support themselves.” From the couples Hellyer sees daily at her practice, she confirms that relationships on the whole are more equal these days.

Lifestyle changes
Women are earning, spending, and influencing at a greater rate than ever before. Other factors such as women delaying child birth, greater numbers of women in the workforce and increasing divorce rates mean that there are significant lifestyle changes effecting women.

Thirty-nine year old diamond wholesaler Kylie, notes that changes in her life has seen her redefine what she looks for in a partner. “As a divorced single mother I’ve had my kids so I’m not looking for a man to have children with. Where I wouldn’t have previously, now I would date a younger man.”

The revised plan
For some women, dating a younger man wasn’t initially the plan, but is something they discovered accidentally while dating in their mature years.

This was confirmed in a 2010 study conducted by Dr Michael Dunn, from the Department of Psychology at the University of Wales Institute, Cardiff. The study revealed single women were almost universally found to be looking for men around their own age or older. Dunn was reported as suggesting that the Cougar trend may not exist. History would prove otherwise. Women are dating younger men, even if it is not what they intended.

No rules
Women who are surprised to find themselves in the position to date younger men can do so with confidence and know they are not alone. Madonna is at the top of her game and happier than ever. She’s also dating a younger man. Being an older woman does have its perks.

Lifestyle changes affecting women mean that the old rules don’t apply. “Take away those rules and then the world’s your oyster,” says Hellyer.