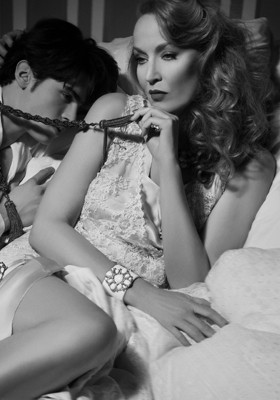 A very bright friend of mine had a very good idea a while ago. She prefers the company of  younger men, and noticing there was a gap in the market, and that she wasn’t alone in her preference, decided to start a dating site called www.toyboywarehouse.com.

Not only did this mean she would have a plentiful and delicious dose of eye candy direct to her inbox daily but that she would also give other hot chicks the opportunity to do the same. (Of course that’s not the sole reason she started the site but hey, it’s got to be a perk of the job).
The site has gone from strength to strength and can now claim outlets in the UK, America and Australia with nearly 30,000 members using it. Now there’s a lesson in getting what you want. She didn’t just choose the candy she wanted, she went and opened her own bloody sweet shop. Well done that woman.

Anyone who has read my blog for a while will know that old men are my bag. God only knows why, given that so far the nearest I’ve had to a long term relationship is with one man who turned into a Jehovah’s Witness and another who started going to Kabbalah 3 times a week, hmm…  I see a pattern? Anyway I digress. My point is that my fetish for oldies hasn’t got me too far and perhaps it’s time I flipped the coin?

As means of satisfying my curiosity, on Saturday night I went to the annual Toyboy Warehouse Christmas party hosted by said friend and despite imagining a room full of women in their sixties and men in their twenties, there was actually a good cross section of all ages and everyone was having a ball.

After being bombarded with images and media ideas of cougars and older women preying on young boys to eat at dawn around a campfire in Stonehenge, I’ll be honest in saying that I was half expecting all the women there to be head to toe in red fishnet and scary as hell. Actually nothing could be further from the truth. The women were attractive, not in the slightest bit predatory and there because, quite simply, they fancied a fun night out and to hell with how society typecasts them. As a consequence, they were also confident and sexy. Eureka!

I asked a few of the men (for market research purposes only you understand) what their reasons for liking older women were. I was met with a mixture of responses but the underlying theme was confidence and sex appeal. (One man did mention his admiration for his mother but I think that’s best saved for another blog. Or a therapist). The women in turn said that younger men were more fun, active, enthusiastic and again, sexier. Well it might not be my bag, but hell, seems like everyone’s a winner to me.

And no wonder all these young men were chomping at the bit! These women didn’t give a shit and how damn hot is that? Man alive, they’re an example to us all. You can either sit at home being lonely and watching everyone else having fun or you get out there and grab your lot (or your boy) with both hands.
Ok so right now I might like my men like my wines (old world please, full bodied and a little bit fruity), but ask me when I’m 55 what I would rather be doing; gardening, playing bridge, wiping liquidised roast lamb off my husband’s chin or drinking champagne at a Toyboy Warehouse party and I don’t need to tell you what my answer will be.

I went home empty handed but much the wiser; and aside from one man saying I looked like a well turned out 50 year old (WTF?!…In his dreams) the night was a success.

The party didn’t suddenly show me where I’d been going wrong all these years and make me want to run out and buy posters of One Direction to stick on my bedroom wall, but it did remind me that actually what makes this dating lark so interesting is the fact that we all have our own tastes and preferences, and that’s something that should be celebrated.

So anyone toy-boying with the idea of taking the plunge, my advice would be get out there and do it. Alternatively you could treat yourself to an annual subscription of The Lady for your 50th birthday and book a SAGA cruise around the Med.

Ladies, the choice is yours…

Written by Katy, from here blog, All Sweetness and Life