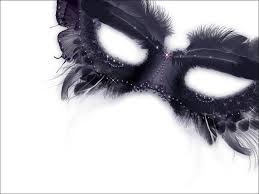 There are a few specific issues and advantages quite particular to this situation, whether it is a long-term commitment, liberated fun, or something in between. Given the range of individuals involved and their different needs and expectations, what are the commonalities which make these passionate encounters so arousing and potentially satisfying?

There is a widely held assumption that an older woman will act in the capacity of a sexual mentor to her younger lover. However, it is not necessarily the case that she has more experience and can teach him; in fact she may have had only one unadventurous long-term ex-partner. Casual sex is very prevalent in modern life and younger men may have had a far greater number of sexual encounters. My wonderful younger exes have had more extensive and varied experiences than I have had and they taught and liberated me!

In general, the physical appetites of younger men and older women are a perfect fit- she has the stamina and hunger to match his and may in fact wear him out. I have had the experience of a 25 year age gap, where to my amazement, I discovered that I could more than keep pace with my man’s desire for sexual fulfilment  six times one night. He was literally unable to do anything at that point other than fall asleep in total exhaustion, whereas I could have continued with ease.

In this age gap relationship, older women are usually more realistic, relaxed and prepared to savour the moment, whereas younger men are usually liberated from the weight of female expectations and dependencies, leading to heightened and relaxed physical relationships. However, this does not mean that the man can altogether dispense with romantic preliminaries: the older woman may expect to be pursued, wooed and seduced. Alternatively, the younger man may find those roles reversed to win his favours!

Often both parties are at a time in life when they are enthusiastic about expanding their sexual repertoire and they can develop this knowledge together. An older woman hopefully has the perspective and patience to respond with grace, a kindly humour and a lack of criticism if all goes awry. A younger man’s avid admiration, energy and enthusiasm will give her confidence in her sexual allure and in the sensuality of her maturing body.

What is absolutely unique is the particular nurturing, non-judgemental element which my ex-partners have commented upon, where they feel safe, absolutely desired and less likely to suffer from performance anxiety. I know what to do and how to soothe him if nerves or exhaustion sabotage his passions; it is never a catastrophe and given the right circumstances, relaxed young bodies can easily be coaxed into action again.

Learn about older women-younger men dating for yourself

I have been fortunate enough to enjoy some glorious, delicious, intense and almost mystical adventures. In achieving this, it has been necessary for my partner and myself to take certain risks together. This applies to testing new activities and to engaging in deep communication, sharing desire and fantasy.

On my journey, I have learned over time that the best method of exploiting this situation is somewhat old-fashioned. It is simply put, to postpone sexual contact, to anticipate and savour what is to come whilst enjoying romance and seduction. Subsequently, as the relationship develops, the pleasure can be further enhanced by encouraging sexual tension and delaying release for as long as both partners wish.

This blog is the second instalment from our exciting and mysterious new blogger Lady Journeyman and is part of our campaign to rein-visage cougar dating.

Why You Need to Date an Older Woman

More older women dating younger men
Get the latest from the blog: