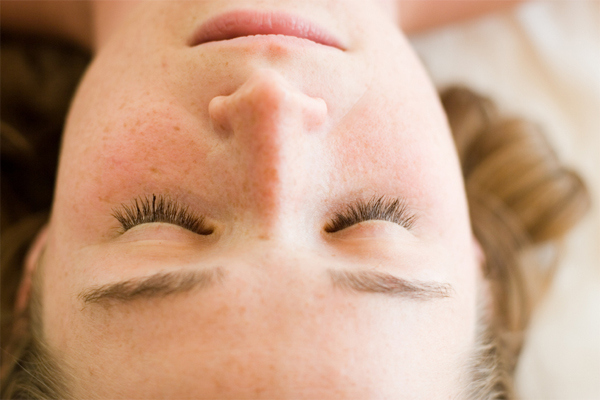 One cold, wet and windy evening last week, I found myself queueing up in Islington for a talk on Orgasmic Meditation…yes, that combination of words is a bit like Military Intelligence, they don’t sit naturally together. One conveys stillness and the other explosive energy. I was curious to find out more.

A few days earlier I had been surfing around and had come across a site called www.onetaste.us, all about the power of the female orgasm. The founder of the OM movement was going to be coming to London to talk about a practice involving 15 minutes of clitoral stimulation done by a man to a woman and the enormous pleasure, energy and connection that comes from this practice. If you’re still not getting it check out her talk on TED

Well anyway, back to that rainy night in Islington and that queue which was trailing around the block. As I passed the registration desk I noticed a sign that said, ‘WARNING: I’m turned on’. I chuckled to myself and went and sat down. I got chatting to my neighbour and neither of us knew what to expect. Well, it turned out that she was a member of TBW which made me think there might be others in the audience. The room was jam packed with 3 times as many people ( half men and women) as they had anticipated; they were still arriving as Nicole walked into the room. She’s a sparkly eyed West coast American in her forties, and as she explained to us she that had been about to become a Buddhist nun 10 years ago and hadn’t had sex for 3 years when she had had her first encounter with what was to become Orgasmic Meditation.

She had met a man (a monk?) who had suggested practising a sexual technique on her which involved her lying down, spreading her legs, him focusing on her genitals and then stroking her clitoris for 15 minutes… and then leaving. As she submitted herself to this a rush of different thought came into her mind: this isn’t working; I’m not feeling it; he’s a creep; what do I have to do tomorrow etc… She then found herself overwhelmed with tears followed by a massive release. All of a sudden she felt the big ‘O’. No thoughts; wide open space; and it was a space like no other climax she’d ever had. She decided she wanted to explore that space and thus developed the practice of OM which is now growing all across the States.

She went on to tell us that the clitoris has 8,000 nerve endings and is the most sensitive part of the female body with different areas producing different sensations – apparently the 1 o’clock area is the part OMers are supposed to stroke. At one stage in the Q&A after the talk someone asked, “what’s in it for the man?” at which point, one man in the second row started clapping enthusiastically. So, Nicole went up to him and gave him the mic asking again, “so what is in it for the man?” He started to answer but as the hall was so packed no-one could hear. A WAG shouted, “Turn it on – just stroke it for 15 minutes!”, which was followed by lots of guffaws. The mic had run out of battery so he got up and went to the front of the audience to answer Nicole, saying that he supposed that if you satisfy the woman the man will get satisfied back. Nicole replied that it wasn’t quite like that, as that was really ‘tit for tat’.
What she explained was that both sides get pleasure, energy and well being from the practice and a deep sense of connection. And, by the way, you can’t do it on your own – it is ultimately about the connection.

I talked to a good looking young man who was part of the OM team and he said he had tried other practices but this was the one that gave him the most in terms of energy, so it clearly is a two-way process. OM is a practice that doesn’t necessarily lead to intercourse but, if it does, generates deeper intimacy and connection, and in turn, better sex.

If you have read Fifty Shades of Grey (and if you haven’t, don’t bother!) you’d think that bringing a woman to orgasm is as easy as the click of handcuff (virginity notwithstanding) – however, the truth about the female orgasm is far more interesting and varied. Some women have never had an orgasm despite having had long term relationships. Some never have it during intimate relations with their partner but can manage it easily on their own. And for many, faking it, is a way of avoiding it becoming an issue.

Another woman there who was part of the OM team told me she had been diagnosed as anorgasmic 4 years ago but then discovered the practice and now helps to spread the word about it. She now regularly OMs (yes it is a verb too!) with a man who she doesn’t have sex with and has gained in confidence and energy.

Apparently Richard Dawkins, the famous British scientist (The Selfish Gene and The God Delusion) met Nicole and told her that science had never found a reason for the female orgasm. Oxytocin, she replied, is the hormone secreted by women after orgasm and childbirth which creates bonds and spreads well-being is reason enough.

Perhaps we are on the brink of a new age and at the final frontier of female liberation, where women can really enjoy being orgasmic as men do, and men can understand how to give women access to that enormous pool of energy and connection. Not to mention the great sex!

As we left the crowded room after the talk, my neighbour said to me “I’d like to try it. Maybe we can teach the guys on TBW how to OM…..”

Come One, Come All!

Sex and the Signposts
Get the latest from the blog: