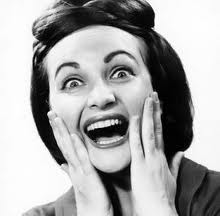 Come One, Come All!

I bumped into a friend on my local high street recently. I haven’t seen her for a while and we were discussing various social events we had attended in recent weeks. I mentioned a book club I had joined and a meal I had enjoyed at a pizza restaurant newly opened in my area. She told me about a class she had signed up to advising her on ways in which to achieve the perfect female orgasm. There is much I love about living in one of the more leftfield areas of London. This is it.

According to said friend, the class is held monthly and welcomes both men and women. It claims to explore the stigmas attached to the female climax, dispel myths around the subject and ultimately teach its audience, for want of a better expression,  how to come. And there’s me thinking a chat about the latest JK Rowling over a few glasses of Pinot Noir was something to get excited about. I need to get out more.

Apparently the class was full, and the selection of punters varied. How reassuring to know that, despite the vast majority of men having no idea at all about how to make a woman climax, there is a willingness to learn. And whereas I had considered in the past, investing in a small tattoo of an arrow and the words ‘I have a clitoris, may I suggest that you find it’, I am now relived to know that I can swap 30 minutes of pelvic inking pain with a small flyer directing said participants to a room above a pub (yes, believe it my friends) in Islington. An orgasm, a large Sauvignon Blanc and a packet of KP nuts all in the space of 3 hours … Who says heaven is somewhere you go when you die.

What makes a woman come?

As matter of research I googled the subject and was presented with all manner of suggestions, including the following –

Put on a musky aftershave.

This offer was  from a widely read online men’s magazine, who, quite frankly, should know better. A musky aftershave? A musky frigging aftershave? Who the hell are they working for, Paco Rabanne? Granted us woman appreciate the scent of a well chosen cologne but, man alive, if coming was that easy they’d be charging an entry fee into Boots. Gin and chocolate and you’re starting to talk my language. Bottle that and you’ll have my knickers off in no time.

Other suggestions include warming up her feet. According to Dutch scientists from the University of Groningen, the odds are increased by 30%. Maybe leaving the socks on isn’t such a bad idea after all.

A bottle of Old Spice and a pair of thermal knee highs. Sigh.

Sweet Jesus, no wonder we’re all reaching for our rabbits. I’m not sure what is more depressing, the fact that this tripe is written by a well respected men’s magazine or that there are men out there who actually might have listened to it.

Men, here’s a tip, and believe me, I’m no Meg Ryan. But I do have a vagina and a clitoris and, in my day, have had the good fortune of being in the company of men who don’t knit their way to a climax; in other words, I have a certain amount of knowledge on the subject:

Here’s the science bit. Specs on. Research shows it takes the average woman, and for the sake of argument, let’s say there is such a thing, between 15 to 40 minutes to orgasm. Give her a chance to get into it, what’s the rush! Let her lie back and relax, let her fantasise and feel the moment.

A 40 second flick of the tongue or 3 fingered fuck does not an orgasm maketh.

Do not think the process will be hastened either by initiating a 69-er. I can guarantee you, that on the brink of orgasm the one thing least likely to push her over will be a thrusting member rammed down her throat. 69-ers are God’s great joke on fornicators… but that’s another blog post.

No, the secret to success is less about socks and more about patience. And for God’s sake find out where her clitoris is. (clue: it’s not on the right hand side of her spine).

Written by Katy Horwoood, 2nd Prize winner of the Cosmo Blog Awards, whose blog is here

Sex and the Signposts
Get the latest from the blog: