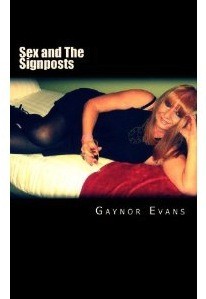 Sex and the Signposts

When I first realised my second marriage was in big trouble I did my best to mend bridges but was stonewalled at every turn. I was in despair and just could not understand it and in order to deal with all the emotions that were rushing to the surface I started keeping a diary. It was very therapeutic. Of course I eventually found out the truth!

So I had to face the fact that I was going to be single again and frankly was bloody terrified and didn’t know which way to turn. I mean, who would want to date an ‘Old Bird’? But I re-invented myself, refusing to be left on the shelf. Internet dating became part of my everyday life and Toyboywarehouse.com became my saviour. I was so inspired by my new life that I kept on writing in my diary and have now turned my entries into a book.

It is a brutally honest, funny and sometimes poignant account of life’s ups and downs when dating the younger man… including what goes on behind closed bedroom doors….

“Age is a question of mind over matter; if you don’t mind it doesn’t matter”

You can buy gbird’s book here!

Don’t Fear The ‘C’ Word
Get the latest from the blog: