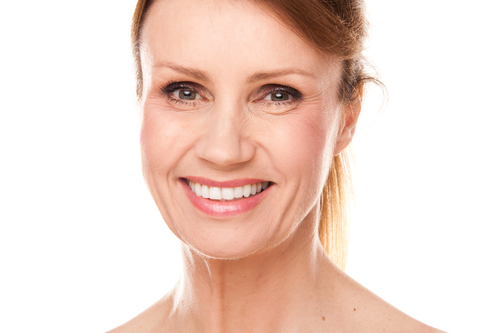 Feel younger than you are? Here’s why.

For years, the common consensus was that men got better as they grew older. Perhaps it was a reflection of a man’s greater social standing, his seniority at work, or his increasingly weighty wage-packet.

But something’s become pretty noticeable. If you look at men and women 40+ it becomes clear; men are rarely keeping up with women in the youthfulness stakes. From skincare to hair care, to diet and general desire for challenge and growth, women can, and often do, have both a physical and psychological edge on their male counterparts.

Without the ballast of social standing (‘pillar of the community’ =  about to be disgraced in the local newspaper), lack of job security and post-divorce empty wallet, no wonder older women are spurning their peers in favour of a younger man.

And now science has proved what we wondered all along; some people DO age faster or slower than others, as this report confirms.

A longitudinal study of nearly 1000 38-year-old New Zealanders showed that, while some had a biological age close to the numbers of candles on their last birthday cake, some were far younger – and a few were remarkably older.

A range of physiological markers were used by researchers to assess each participant’s ‘true’ age, including metabolism, blood pressure, cholesterol levels and organ function. For a lucky few, the years had been especially kind; the Dorian Grey’s were a mere 28 years old.

The vast majority were in their mid-forties or younger. For others, however, the results were shocking. While some were ageing just a little faster than is chronological, the ‘oldest’ participant had the health markers of someone who’s 61. They’d aged three times as fast.

Further more, those whose internal age was higher were also consistently rated by others as being older. Look young for your age? Perhaps you really are.

So next time you explain why you date someone older or younger, remember; we really can be as young or old as we feel.

Ask The Experts: How to feel sexy in front of a new lover [video]