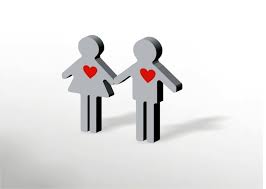 My Experience of Toyboy Warehouse…

I’ve never written a blog before, but for a long time I’ve been wanting to write about this incredible chapter of my life. I joined Toyboy Warehouse just over 2 years ago after splitting with my husband of 20 years. He was 11 years younger than me, so the fact I liked younger men was nothing new.   However, the revelation that I could comfortably be with a guy over 30 years younger than myself really did come as quite a shock!

I have personally benefited so much from this website and from exploring this very exciting and unusual kind of relationship.  So to kick off, I’d like to just talk about the positive things in general.

One of the most amazing things about it is actually finding that with the right guy the age gap virtually disappears. Ultimately it still comes down to two people and whether there is that spark, that chemistry.  This is no different to dating someone of the same age.  I have met younger guys from both extremes, some who I have immediately made a great connection with and others who weren’t quite right for me.  Being with a suitable and respectful younger guy has opened my mind so much, and one thing I have found is that I’m living much more in the moment and enjoying and appreciating things for what they are. I also feel so very much appreciated for the experience and wisdom that I have as an older woman, but the last thing I want is to be patronizing or to be treated like someone’s mother.

Since joining TBW, I’ve chatted to so many interesting people. I’ve personally found it’s been very easy to get dates.  I’m not saying this to show off. I genuinely believe the more dates you go on the more confident you get.  I’ll admit I was nervous to begin with, but now, I don’t even look upon the first meeting as a date. I think of it as simply meeting up with an online friend. For me, this is a much better mindset. Once that initial meeting has taken place then everything kind of changes from that point onwards.  Some of the people I’ve met I’ve gone on to date, others have drifted away and others have actually become really good and close friends – you know who you are.

I have really used these experiences to get to know myself much more and to find out what is important to me and what isn’t.  I feel at an all-time confidence when it comes to men. I would NEVER have thought that was possible. I still feel I’m growing and the thought of being 55 and single again without TBW is actually a little depressing.  I would never have had the confidence to approach a younger man “cold” and I’m sorry to say but the thought of being with a man my own age is unthinkable.  TBW truly broke down the barriers and made all this possible.

The secret of Toyboy Warehouse in January

Toyboy Warehouse Meetups
Get the latest from the blog: