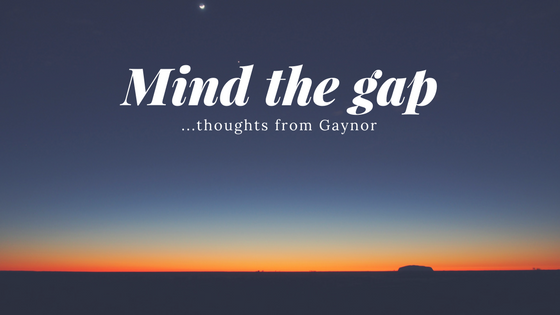 It amuses me no end that whenever a high-profile couple split up the media have a field day sifting through the ashes of their relationship in the minutest detail. Like Carrion Crow they wait perched on high, waiting to fight over the juiciest pieces of gossip!.

Should the unhappy couple be of a similar age then the focus is on the inevitable third party involvement or irreconcilable differences. But should there be a large age-gap between the warring pair then that’s it job done! there is the reason they are no more, and they look no further.

This is especially true when the woman is much older than the man but rarely sited when it’s the other way around and it’s the much older man and the younger woman. Which brings me on to the very public uncoupling of Kylie Minogue and Joshua Sasse’ .

Poor Kylie they weep, so unlucky in love ! Bringing up embarrassing quotes from the past where she discussed wedding plans and her joy at finding ‘the one’ after a string of failed relationships. I knew it wouldn’t be long before one journalist after another focussed in on the age- gap between the two making it the major concern. Oh that and the minor fact that Joshua has been Sasse-ing all over a much younger model.

Enter Liz Jones Daily Mail Columnist whose glass half empty whining drives me to drink! In her column, yesterday titled “Don’t Fret Kylie successful woman like us never find love” and written as a letter to the broken-hearted singer! Liz talking with her usual forked tongue appears to empathise with Kylie saying she is sorry to hear about the break up but quickly goes on to be so patronising she set my teeth on edge.

She whines on disguised as a member of the ‘suffered at the hands of the younger man sisterhood’ but all the while taking viper like swipes at Kylie at every turn and as usual taking the opportunity to bitch about her ex-husband and how awful her life has been at the hands of men.

She signs off with love and solidarity ! Ha she has got to be kidding ! I shouldn’t think she has ever felt any great passion in her life! It requires joy and hope both of which she seems to lacking.

There is only one thing I will agree with Ms Jones about and that is that the older successful George Cloonie’s of this world are not interested in a woman of equal years and equal status. As she rightly says they are always after a much younger model that they can impress .

But I disagree that age-gap relationships never work.  There are many couples in the media that have made a success of it. Although as far as the Older Woman and Younger man parings go we are still fighting to even things up.

Thank god for Joan Collins whose husband Percy is 34 years younger and when asked if it worried her that he was so much younger she answered with her usual aplomb ” No darling if he dies he dies” . They have been together 14 years

Then there is Sam Taylor Johnson and her husband Aaron with their 24-year age gap and two children. On the ‘older man/younger woman’ front there is a whole host of celebrities couples with big age gaps. Jason Statham and Rosie Huntington Johnny Depp and Amber Heard not to mention President Trump and his much younger wife Melania.

It’s always sad when any relationships heads south. As an older woman whose husband of 18 years was 10 years her junior I know all about the insecurities that marrying a younger man can bring. But was this the reason our marriage failed? Was it hell! It all depends on your perspective an eighteen-year marriage could be deemed a success even if it didn’t last.

Did it put me off dating younger men? clearly not! In fact, I love it even more these days and a twenty-year gap plus is now more the norm. Whose to tell me that I should date men my own age? especially as Liz so rightly pointed out I am not even on their radar. I will leave them for the under thirties to pick over thank you very much.

The gorgeous and very desirable Kylie will be back up and running very soon. She is sexy and dare I say sassy and my advice to her would be to keep an open heart and mind! They will be lining up in droves. I should be so lucky lucky lucky ……

Ps Liz Jones! maybe a nice toyboy would be good for your soul. I know a good website you could try 🙂 with love and solidarity  xx

Inside the mind of a Toyboy

How has Brexit affected your love life? (You might be surprised)

Teenage Cougar Dating?
Get the latest from the blog: