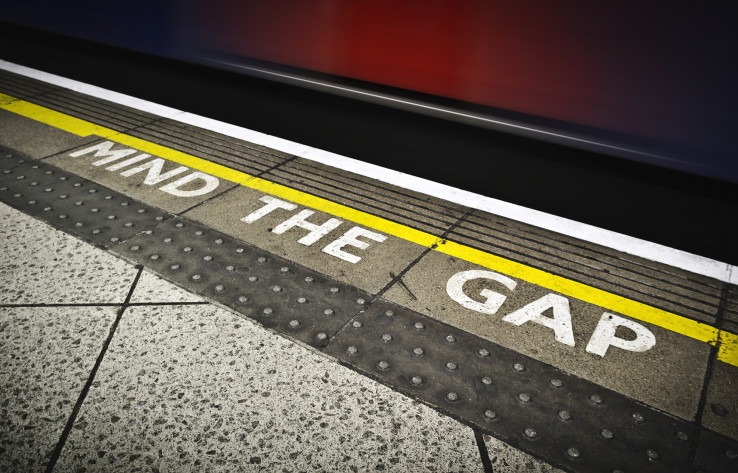 The delusion of the age-­gap defence against intimacy

“I have to admit,” said Sheila, “when I first saw Jordan I thought he was ridiculously cute; but, really, all I wanted to do was seduce him. Oh, hell, it was exciting thinking about having such a hot playmate!”

“Yeah,” agreed Jordan, “I was really into it, and didn’t know or care if it lasted. The sex totally worked. Then, when it started to lose momentum, we had to deal actual feelings because ­ who knew? We were starting to care about each other.”

Many people run into the moment in their relationships when they have to decide if they’re interested in going deeper or moving on. going to deepen their relationship, or move on to the next guy or girl. It seems to work for some people, but others find themselves, time after time, left lonely and unsatisfied, like something is wrong with them or the people they meet. And it can make them cynical about relationships in general.

Even when the sex is great, we sometimes pay a hidden cost: unawareness of both how exciting and how challenging emotional intimacy is. That lack of awareness can be what keeps the relationship from moving forward.

Sheila continued, “Sixteen years age difference seemed enough to make sure our relationship couldn’t get too real; that I wouldn’t get too close and then get hurt again when it didn’t work out. I thought that since Jordan was so much younger I was pretty safe from letting Jordan become important enough in my life to make me emotionally vulnerable.”

“What did I think?” queried Jordan to himself, whimsically, “Hah! I didn’t think about it at all ­­at first. All I could think was how hot she was­­ and that I wanted more. Sheila’s just the type of beautiful, sexy woman I’ve always dreamed of being with. It started out as a fantasy, but it became a lot more important than that pretty fast. We were learning from each other and getting closer and closer.”

There are ways of relating—sexual and otherwise—that protect us from being overwhelmed by the anxiety of being open and vulnerable to other people. This is especially likely to develop with people with whom we could actually experience intimacy, and who also want intimacy ­­the “good matches” who let us see that they’re caring and loving people. Seemingly paradoxically, the returned offer of intimacy is precisely what makes intimacy threatening.

“I deliberately and strategically went after younger men because I didn’t want serious dating ­just great sex!” exclaimed Sheila. At that point in my life, I’d had enough of that wringer and was ready to just enjoy the hot guys I could attract for the reasons I wanted them.’”

“And,”Jordan jumped in, “it was a lot of fun making older women feel good, but especially Sheila. I would tell myself that it wasn’t ‘just a game’ for me; that it made me feel useful, powerful. But looking back, I realize that it really was all ‘all about me,’ ­ not ‘us’ ­ no matter who the woman was.”

“Well, at first, though,” admitted Sheila, “I had no problem with taking what he offered ­ great sex,distraction from my crazy work life, and making me feel better in, oh, so many ways.”

“Yeah, I didn’t mind that either,” Jordan winked.

Sometimes the false sense of security that nothing’s gonna happen here,that we’re just “friends with benefits,” backfires: the emotional defense system we’ve created gets pierced by somebody, who finds the way to our heart often before we even realize it. The tacit agreement not to touch or be touched begins to unravel just as silently, exposing us to the emotional danger of intimacy, which we’ve carefully averted through a created defence system called irrelationship.

“It was hard to admit, especially to myself,” said Sheila. “Jordan was unlike anyone I’ve ever met. His age had nothing to do with it. He’s present in a way that makes me feel alive. That wasn’t the way it was supposed to go.”

“Yeah. That definitely wasn’t where I expected things to go when I first met Sheila. But pretty quickly it became a lot deeper than I’d planned on. Her openness and honesty about not wanting to get burned again cut straight to my heart, even though we weren’t looking for anything serious.”

“We agreed from the first that it was just going to be casual,” said Sheila.

Inside the mind of a Toyboy
Get the latest from the blog: