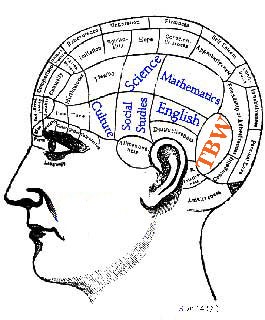 We’ve had a few discussions on our forum lately suggesting that we aren’t (here at TBW HQ) high-lighting men’s points of view enough. We’ve always tried to get away from the stereotype of the older woman seeking a younger man and the younger man seeking an older woman, which tends towards a picture of a purely physical liason and only emphasizes the younger man’s physical attributes. The truth is much more complex and interesting. The fact is that a lot of men we have on TBW are very smart, probably above average intelligence. That’s in effect why we changed the strap line to Where Smart meets Sexy as we don’t feel that intelligence and sexiness are mutually exclusive.

Are younger men more intelligent than they were a generation ago? Are we getting smarter? Two reports out this week would suggest contradictory views. The first one says that we have reached our peak as far as brain power goes, while the other suggests we are getting smarter and IQ scores are increasing.

The concept of measuring the IQ of an individual is credited to either German psychologist and philosopher Wilhelm Stern in 1912, or to Lewis Terman in 1916 (sources vary). Prior to these dates, large scale testing was done by psychologist Alfred Binet in 1904 as part of a commission by the French government to create a system to differentiate intellectually normal children from those who were inferior (wow – that’s harsh). Binet created the Binet-Scale and sometime later, Dr. Terman revised this scale to become the Simon-Binet IQ Scale. That scale classified the scores as:

You can find lists of typical IQ scores by profession on the Internet:

The fact is as far as romance goes, whereas a generation ago, a woman may have found very little in common with a man much younger, nowadays they are more likely to have much more in common with each other largely because of the access to all subjects through the internet. Women do love an intelligent man so come on guys, show us how smart you are! Remember we give one month upgrades to people who submit two good pieces for our news column. We’d like some more intelligent articles from men.