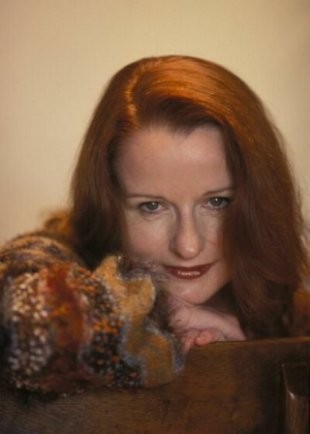 An Interview with Mary Stanley

I met Mary Stanley, who is a best selling Irish author on a radio show, and wanted to interview her as I love her story and the way she tells it – when you read it, imagine her mellifluous Irish accent. JM, TBW founder

JM: After your marriage came to an end did you think about dating again?

MS: No it wasn’t on my mind at all. In fact I woke up one morning and decided to write my first novel.

JM: How brilliant! And how did that go?

MS: Yes it was quite extraordinary. It was an immediate best seller and now I have had 6 books published and am finishing my seventh.

JM: That’s amazing. Often when something ostensibly bad happens it can take you off on a complete you tangent that may be very positive.

JM: And your novel was an immediate success?

MS: Yes but I didn’t think of it in those terms. I just wanted to sit down and write something that would last the rest of my life, but at a certain point I realised it was finished. Three Irish publishers were interested straight away but in the end I went with a UK publisher who have published all 6 of my books.

JM: So you were a literary success, but were you thinking about meeting someone?

MS: No, but in 2002 I went on a bridge holiday (I play bridge) to Malta and met a man at the airport. He totally swept me off my feet and it took me 18 months to extricate myself from that.

JM: Was he younger than you?

MS: No, older. There was a lot of attraction but no mental connection and in the end,  after going backwards and forwards to Malta, it had to end. He was a stepping-stone. I have very small feet and I could get small shoes on Malta and I kept thinking I really should hang on to this island, but it couldn’t last because we weren’t on the same wavelength.

JM: Then what happened?

JM: So he’s a bridge player too?

MS: Yes and a very good one!

JM: And he’s younger than you?

JM: And did he approach you?

MS: Well we’d actually met playing bridge online and I had guessed his age as he was going from his masters to his PhD so I knew he had to be in his late 20s. There was no connection online I just thought was a nice man.

JM: And when you met him in real life what was your reaction?

MS: I was just staggered by his loveliness and his interest in me. He told me that he loved my name and that it rhymed in his head. I was moved and amazed. None of it made sense. I thought and what next? It couldn’t make sense as I was an ageist and saw the age difference as a problem. I assumed it was temporary. Only later I understood that the things that link us have nothing to do with age.

JM: It sounds like you became close fairly quickly. Did that unnerve you?

MS: It surprised me as I couldn’t believe that someone so young, and so beautiful, could be interested in me. I think he looks like a Greek god, very tall and I’m so little, only 4’10” but I think I reaching my prime now (laughs).

JM: So you were bowled over?

MS: Yes totally but not just be his looks. He has a stunning brain too. He’s a doctor of philosophy, so I thought what does this beautiful man want with a little woman who sits at her table writing novels all day. We share a sense of humour too, and just like to talk about life, which of course we’ll never understand…

JM: How did it progress?

MS: He came to Dublin for a long weekend, which was absolutely magical, and I understand it was for him too. He then came back in the New Year and then we met again at Easter and at that point he asked me to come and live with him in London. So it was the summer of 2005 that we started living together in London, which was like being in a bubble together. It was another world.

JM: So at that stage you were 53 and he was 28. Your son was 25 and your daughter 18. How did they react to this move to London with your younger boyfriend?

MS: It was just when the London bombings took place and my son came over to make sure I was all right. My son was not aggressive at all and totally accepting of Justin in his desire to protect me. My daughter was more suspicious and said “What do you think you are doing, Mum?” She was resentful, and justifiably so, as it must have been difficult for her to see her mother living with a man who was 10 years older than her.

JM: Did that bother you?

MS: Well I felt I had done everything I could and it was time to take some time for me, and I had always planned to live in England after she went to university. She didn’t come and visit us in London in the first year, which I found very difficult, but by the time we left 2 years later she didn’t want us to leave and she totally accepted Justin. I even remember when we were living in Chester, where we moved after London, that during her exams she was on the phone to Justin and picking his very good brain!

JM: Was it a problem for you being accepted by Justin’s friends and family?

MS: I saw it as a problem but his parents were so warm and accepting even though I’m very close in age to his mother. Their love of their son and their need for his happiness was greater than any of the social stigma attached to what we were doing. If you love someone you want them to be healthy and happy. And when we moved together to Dublin there was a wonderful welcome from both of my children.

JM: What about other issues that can come up like not being able to have children?

MS: I feel very protective of him as a young man, of his needs and his future and also the fact that I’m likely to drop off my perch before him and am concerned that he doesn’t waste his youth on me, but he doesn’t feel that way.

JM: How does he feel?

MS: Well he says he doesn’t want any children anyway, and now we’ve got a dog he’s more than happy with that. He actually doesn’t have a lot of patience with the way other people go on about their kids.

JM: What advice would you give to other women?

MS: Well I would say, if you see a door, open it. I don’t think age is relevant if there’s a real cerebral connection, and, of course, a physical one too. I mean we often stay up talking and laughing until 3 am. I couldn’t never have done that in my marriage…

For more about Mary go to www.marystanley.com

Dating in the Moment

Huddlebuy Interview With Julia From Toyboy Warehouse
Get the latest from the blog: