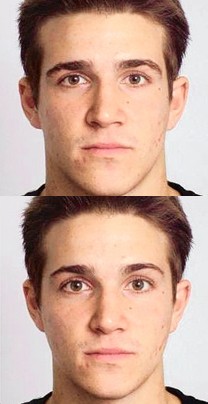 Within the past year, nearly 4,800 women participated in an experiment at Faceresearch.org, the online psychology laboratory of the Face Research Laboratory at the University of Aberdeen in Scotland. They were young women, mostly in their early- to mid-twenties, and all identified their ethnicity as white. Later, researchers at the lab would confirm from IP address data that the participants came from 30 countries including Argentina, Sweden, Russia, Australia and the United States. The women’s country of origin was an important part of the experiment.

After registering on the site, the women clicked through to a listing of psychology experiments, including “face preferences” and “attractiveness at different ages.” Upon making their selection, they received instructions, in English or in translation, telling them they would be presented with pairs of men’s faces. For each set they would need to select the face they considered more attractive and indicate how much they preferred it to the other one.

The faces, it turned out, looked eerily alike and yet subtly different, like identical twins. They were created by software that masculinises or feminises a person’s features in a few keystrokes. Only by examining the faces closely could one discern that the man on the left, say, had slightly rounder eyes and a narrower jaw than the one on the right. Some of the faces had slightly thinner lips than their ddoppelgangers or wider-set eyes, or thicker arch-less brows. It took most women fewer than 10 minutes to click through the 20 pairs of male faces and select which ones they found hunkiest.

After crunching the data—including the women’s facial preferences, their country of origin and that country’s national health index—the Face Lab researchers proved something remarkable. They could predict how masculine a woman likes her men based on her nation’s World Health Organisation statistics for mortality rates, life expectancy and the impact of communicable disease. In countries where poor health is particularly a threat to survival, women leaned toward “manlier” men. That is, they preferred their males to have shorter, broader faces and stronger eyebrows, cheekbones and jaw lines. The researchers went on to publish the study in this month’s issue of the scientific journal Proceedings of the Royal Society: Biological Sciences.

Click here to read the rest of the article.

Feel younger than you are? Here’s why.

Sharing Your Sexy Secrets
Get the latest from the blog: