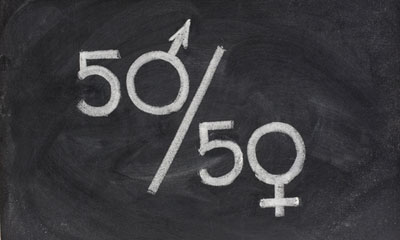 Toyboy dating: an expression of our gender equality?

Older woman younger man relationships are on the rise. The amount of exposure given to “cougar” relationships in gossip columns and on television gives the impression that they are now commonplace, and certainly fashionable. A Google search for the term ‘cougar women’ will produce 64,700,000 results – that’s twenty times the amount available in 2010. Of course, older husband younger wife matches are still the most conventional and popular. However, as people are living longer and having on average more relationships over the course of their lives, more and more older women are choosing to date younger men.

If you read our previous blog, you will have a fresh reminder of some of the emotional reasons for this increase. But with all changes, there are lots of background sociological factors involved in our decision making. There is compelling evidence to suggest that as women become more equal in society and less likely to conform to traditional gender roles they are also less inclined to enter age gap relationships where the man is the older party. The idea that partners are chosen on a ‘like for like’ basis still applies, not solely in conventional relationships, as women consider themselves well-suited to a younger man.

This explanation for women dating younger men is supported by research that compares developing countries with already developed countries, which are considered to have more gender equality. In more strongly male-led societies, relationships where the husband was at least 10 years older than his wife were found to be more common. Marriages with wives older than husbands were taboo and not recorded.

Another suggested explanation for the rise of the toyboy niche a division that occurred between women’s sexuality and childbearing, thanks to the emergence of the contraceptive pill. This meant women no longer had to consider a man’s suitability as a father when choosing him as partner. Psychologist Susan Quilliam argues that the pill freed women to earn more, be more educated and overall have more power in society. As women are no longer financially dependent on men, they are not dating the older and richer models but are instead able and choosing younger men.

It’s not just women whose lives are becoming more enlightened, men’s views changing too. Young men have benefitted from having been raised in the post-feminist era and for this reason, we would expect them to be more open-minded, particularly in terms of women and their role.

In conclusion, the spread of toyboy dating can be traced to the overall changes for the better in society and for the way that women are treated. Who can argue with that?

The information in this blog was taken the Lawton and Callister research paper. Written by Team Toyboy Warehouse and published as part of our 30 Blogs In 30 Days campaign.

The Science Behind Toyboy Dating

The ‘Value’ of Older Women

Famous Women Leaders and Cougar Dating
Get the latest from the blog: