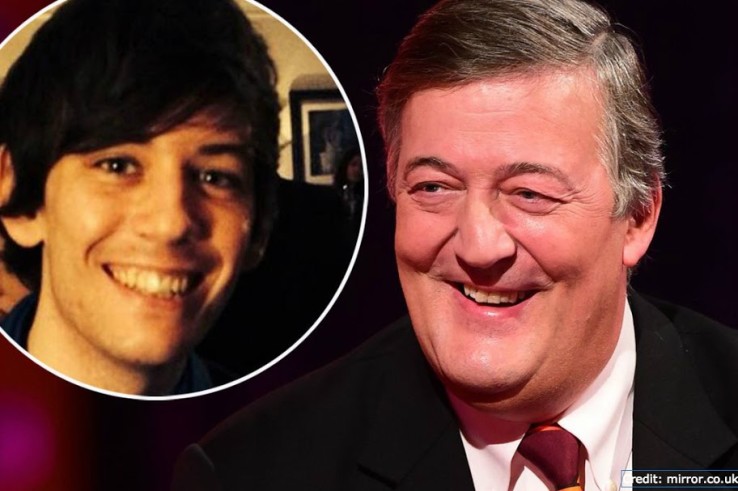 With the news of Stephen Fry and Elliot Spencer’s engagement, Twitter was abuzz with its usual snarky comments about celebrity age-gap relationships. Comedian, writer and television host Fry, 57, and comedian Spencer, 27, spilled the news tweeting yesterday “Oh. It looks as though a certain cat is out of a certain bag” after The Sun had revealed their wedding plans. After the initial cries of ‘Who is Elliot Spencer?’ came more comments on the 30 year age-gap, prompting a number of Twitter users to pen their best jokes (‘I didn’t even know Stephen Fry had a son-I mean boyfriend’).

Many of the tweets were comments of support and congratulations from friends and fans of Fry – actor Robert Webb to television’s Dr Christian Jessen. Fry described himself as ‘Deeply touched’ at the admiration following his announcement.

As Guardian’s Hannah Jane Parkinson writes age-gap relationships are ‘great’, for reasons ranging from more interesting conversations, intellectualism and better sex. But as she notes they remain as a ‘perennial taboo’, something of disgust and dismay to many.

The older celebrity and younger toyboy match isn’t something new, and the response from Twitter only validates many preconceived ideas about such relationships. The pictures of tweed dressed, greying, older Fry next to Elliot Spencer’s typical boy-band good looks have graced a number of articles, frequently with the most unflattering picture being chosen. Take The Sun’s choice for example, where Spencer’s cold stare looks more like an impending murder over a loving relationship. While the difference isn’t something we can ignore, the pontifications about the in-and-outs of the couple’s relationship, how someone can live with such an age-gap, these are all sneered and judged at.

What’s wrong with age-gap relationships? writes Parkinson. The benefits for either partner – whether a freedom from a stale marriage or the experience of a more mature individual – are too compelling to condemn age-gap relationships as pointless, wrong or even perverse.

Fry has on occasion spoken about his depression and previous suicide attempts, but according to The Sun a friend of Stephen’s talked about his ‘new lust for life’ since meeting Elliot.

“We’ve got the old Stephen back. He has spoken about his problems in the past because he wants others suffering with depression and loneliness to know it can affect everyone.”

In July, Elliot spoke about how his relationship with Fry helped his self-esteem issues, tweeting “I had the confidence of a gnat when I met Mr Stephen Fry. Show him some respect – he’s the man.”

Fry’s National Treasure label isn’t something too many people would dispute. A beloved comedian, actor and television host, its difficult to find someone who doesn’t love at least one of his many projects. So when both Fry and Spencer talk about the joy their relationship has given them, the turning tide towards an acceptance of age-gap relationships is only inevitable.

When the taboo status will ever be removed is still an unknown. Fry and Spencer’s news has, for the most part, been received well. The pictures of the couple smiling should act less as a way of pointing out the vast physical difference between the two, but rather add to the celebratory cheer.

It’ll Never Last… Or Will It?

Are These The New Faces of Toyboy and Cougar Dating?
Get the latest from the blog: