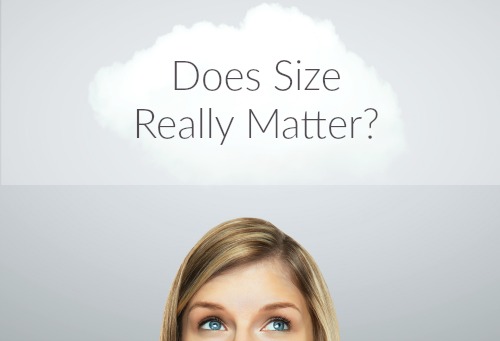 I’ve been pondering this since I’d started dating again: does size really matter?

Now, I’m not limiting this to just penises, but the whole package. If asked what kind of man I go for, I’d shrug and say I don’t really have a type. So long as our minds connect, I don’t care what you look like. Tall, short, wide, narrow, hairless, bear-like, I couldn’t give a monkey’s.

Well, it turns out that I’m a big, fat liar.

Online dating has revealed that, dammit! I do care. And that size is quite important as a few dates have shown. But it’s not just size, it’s substance.

I’m 5ft 4in and of fairly average build. I’ve got arms that can carry around a child weighing 4 stone. I have legs that can lug that child (plus baggage) up and down hills and stairs. I am not easily pushed over, shall we say.

So given that’s what I am physically, what am I drawn to now? Here is my unscientific comparison of four size and types.

About a head taller than me, with shoulders wider than mine and my, my, was he strong. While kissing, he would just pick me up – without breaking contact – and wrap me around him. We’d stay like that for ages, believe it or not, just… kissing. He made me feel small and light, simply because he could throw me around so easily (but with care). He was solidly built, and he didn’t just stand, he planted his feet. He wasn’t particularly wide, nor ripped, he was proportionate all round, except for one particular feature. I felt like I was being impaled the first time. But after the initial shock, I found that I really, really, liked that.

Post-breakup, the bar had, unbeknownst to me, been set.

He was about 6ft and slim all over. Frame, muscles, fingers, sex. Everything was long, but like steel cables. It was definitely an interesting experience but I didn’t feel comfortable wrapping my legs around him. And I found out that there is such a thing as too hard.

Only a little bit taller than me, but much wider – built like a barrel in fact. He was good to hug, and I do like being enveloped like that but… I couldn’t get my legs around him comfortably and the weight of him made me a little breathless. Substantial, yes, but a bit too much. And, god help me, the word stubby kept popping up in my head at the most inappropriate moments.

OK, this is really an amalgamation of three different guys. They were all about 5ft 6in and all were slim. The variations were that one had a beautiful V-shaped upper body, the second had arms that were a pleasure to stroke and the third… ah the third, really knew how to use what nature had provided. They were all fun but I discovered that it bothered me a little that I felt bigger than them. When it came to legs, mine were noticeably more sizable. I really enjoy wrapping myself around a partner but it’s not so fun when I need to pull back for fear of causing injury. It was a role reversal I discovered I didn’t exactly love.

5. The Long and Short of It

So I am not as catholic in my tastes as I like to think. And my body seems to be operating on specifications that it hasn’t told me about yet, the traitorous thing.

Size, as it turns out, against my better, more enlightened self, does matter quite a bit. Mr Big has a lot to answer for.

Waking up next to Victor Meldrew

Does age difference matter?
Get the latest from the blog: