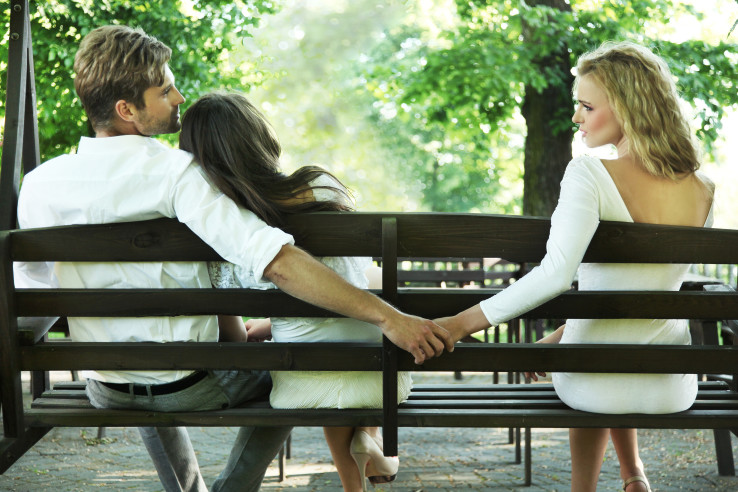 Many Loves: Can Polyamory Be The New Normal?

Many Loves: An Alternative Loving Lifestyle?

In the 21st century Western world, the establishment of Monogamy, one man partnered with one woman for life remains a social and religious construction which is still widely assumed to be the ideal and only valid relationship model for society.  Our culture, legal system and familial structures are predicated upon this model and anything that deviates from it as viewed as a perversion. Therefore, rational challenge is virtually taboo, so deep is the assumption that this is the only legitimate form for relationships to take.

Notwithstanding the nostalgic value placed on Monogamy as the one successful way to operate, reality demonstrates the reverse, as levels of divorce and relationship breakdown continue to rise inexorably. It’s clear that for many, despite the fantasy of a perfect soul mate for life, the practice of monogamy is simply unsustainable. One has only to look at the explosion of online websites for those who wish to indulge in deceit of their partners to see that there is a deeply cynical, hypocritical aspect to the whole system.

With longevity increasing so that escalating numbers of people live to 90 years of age and beyond, perhaps the model of one partner for such a protracted lifespan is simply unrealistic. My blog considers one alternative, Polyamory, which is derived from Greek and translates approximately as ‘Loving Many’ or ‘Many Loves’.  I am not advocating this lifestyle, because I believe there are many flaws in it, simply exploring the fundamental concepts.

Polyamory is an alternative lifestyle underpinned by the belief that individuals have the capacity to form multiple simultaneous loving attachments with other adults, just as parents feel love for and bond with more than one child. Polyamorists predicate that human beings will fall in love with new people over their lifetimes. They also believe that modern people should be at liberty to act within their individual moral codes, setting up alternative structures for relationships.

Therefore, rather than indulge in deception, destroy any pre-existing relationship, or suppress feelings, polyamorists take an alternative path, one requiring continual deep levels of communication and negotiation. They are at liberty to follow any sexual attraction and develop new attachments, including physical relationships, with more than one adult, providing they have the consent of all parties involved. The focus is on honesty, love and emotional fulfilment rather than recreational physical or sexual relationships.

The concept of Polyamory involves men and women enjoying equality in open relationships because both are at liberty to bring new people into the equation. The loved one’s happiness is emphasised and limiting love is considered to be unnecessary. Jealousy and insecurity are perceived as emotions to be worked through, together with one’s partner/s. This, at least is the theory, although emotions may not be so simply transformed.

Ethical values: The one thing polyamorists agree is unethical is duplicity, because betraying another’s trust is perceived as an immoral, unacceptable form of behaviour. This set of ethics also extends to protecting the sexual health of any partner/s. Consequently, polyamorists are expected to communicate with their partners so that everyone is clear that multiple relationships are occurring. However, in my view, this has to be something which is mutually welcomed and does not give someone carte blanche to manipulate a lover into an unwanted polyamorous relationship.

Structure: Polyamory can take a number of different forms along a continuum. One set of polarities is that all the people involved in a polyamorous relationship may know each other personally (in fact they may all live together) or they may only know about each other vaguely. A second set of polarities is that polyamorists may reside in a ‘closed’ group where all individuals are committed and exclusive to each other or they may have an open, fluid arrangement where new lovers continually become involved and leave. Individuals negotiate their own boundaries along all the spectra of possibilities for commitment.

Many Loves: An Alternative Loving Lifestyle

The Ideal Man: Superhero or Normal Guy?
Get the latest from the blog: