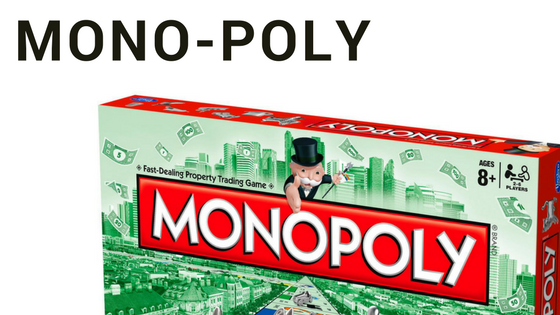 Monopoly is one of those games that can make or break relationships. It can seem to go on forever, and the objective of ‘having it all’ can bring out the competitive or defeatist side in all of us. There are so many editions of Monolpoly that even the most hardcore fans of the game can become broke trying to have them all. But even if Darth Vader lands on a Disney Castle at Times Square, the rules of the game are essentially the same.

Unlike Monopoly, relationships do not come with a rulebook in the box, and can be all the more confusing for it. There aren’t a specified number of players, and the rules are generally made up each time you play. Nobody wants to play a game where the rules are too confusing, mostly because the competitive part of us wants to be able to ‘win’. But without rules we can agree on, there is no game, and where is the fun in that?

It’s said that cheaters never prosper, but that’s not strictly true. Cheaters prosper very well in the short-term, or else there would be no point in cheating in the first place. As soon as you’re found out cheating, you may find other players don’t want to play with you any more. Unless of course you happen to be a celebrity, in which case you can sell your side of the story to a glossy magazine and get to play all over again. But for those of us who don’t have the lime light shining on us, we have to play by the rules, or else we Go To Jail. Metaphorically of course.

There are two ways of playing games with others, the Mono, and the Poly, like in relationships. Both ways of playing can be a lot of fun for all involved, but unless we know the rules of how to play, no one has any fun and we can end up picking up the pieces by ourselves.

Mono- The classic two-player game. In this game, there is no room for a third wheel, even having a non-playing banker can complicate things. For Monogamers, the game and the rules can be negotiated quite simply,. The downside is, once you get to know your opponent, you get to know the way they play the game very well, and winning can come easily when you understand their strategies. When there is a lack of competition, the game loses any element of fun you had originally.

If you want to keep playing with your player-two but are feeling monotonous, try playing a different two-player game like Checkers or Chess. When you play two-player games, remember that playing with each other is more important than winning or losing.

Poly- The more complicated game for more veteran players. The Polygamers have rules that may boggle the minds of the Monogamers, but there’s no doubt that their games are just as enjoyable for them. By having more than two players, there is more competition to who will end up ‘having it all’, but that doesn’t necessarily have to be the case. It is entirely possible for someone to be playing in a Polygame, whilst thinking they’re playing a Monogame, in which case they have already lost because they don’t even know what game they’re playing.

If you want to be in a Polygame, or be a Polygamer, you need to be honest with whoever you play with. Trying to win a game without letting the other players know the rules is just as bad as cheating, and you can soon end up playing by yourself.

Whatever game you want to play, Monopoly, Chess, The Game of Life, the only way to win is to learn how to lose. Winning every time soon loses it’s appeal, and playing the same game over and over is just plain boring. So pick up the dice and roll, you never know the outcome until you take a Chance.

9 Geeky Date Ideas
Get the latest from the blog: