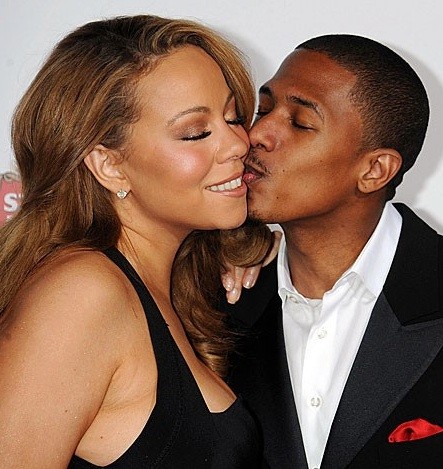 We at TBW HQ came across this insightful article on iVillage recently. 22 reasons, straight from the horse’s mouth, as to why many men prefer older women. Here’s an excerpt:

In Older Women, Younger Men: New Options for Love and Romance, authors Felicia Brings and Susan Winter interviewed more than 200 men to discover the allure of the so-called “Mrs. Robinson syndrome.” You’ll be surprised at what men find appealing about older women.  ”I’d do it again? definitely, no question. Oh yeah, and once you’ve done it, you definitely look at older women in another way.” –Nick, 33

We’ve made our position known and shared the thoughts and experiences of the women to whom we talked. Now it’s time to let the men speak for themselves. One important question we asked was what they felt an older woman has to offer. Here are some answers which are clear, articulate and to the point. Their sentiments represent a very large proportion of the opinions we heard expressed.

“I met Karolina at a party given by some friends. When I saw her, I thought she was just the perfect woman for me and I was sure about that. I wasn’t looking for an older woman and Karolina wasn’t looking for a younger man, but it just happened. (I was 39 and she was 55 then.) Our relationship is unique, because it’s not just built on sex, but on trust, respect and love. We are both morning people and nearly always in a good mood. We are both hard-working with many hobbies in common. In my opinion, age has nothing to do with our relationship. In our twenty-five years together, we have never had a serious problem and we are still very happy.” –Paolo, 64

“Pat is very special. Not only is she beautiful, but she has a wonderful sense of humor and is very giving. The ability to talk about anything with her was refreshing and engaging. In fact, when I first met her, I didn’t know I was attracted to an ‘older’ woman. I knew she was older than I, but I didn’t realize the disparity in age until she told me (which didn’t happen until a couple of dates into our relationship). Pat offered me space, devotion and herself, which I couldn’t find in anyone else. I take better care of myself now. She is a best friend who reflects back to me what a good person I am, which builds my confidence and self-esteem. I now have a better job and feel better about myself than ever before.” –Neil, 35

Nigel, at 37, finds himself attracted to older women, in part for their clarity and substance and also their relaxed attitude about life:  ”I find that I’m attracted to a woman who has some degree of self-possession. I like the stimulation of a sharp intellect. I enjoy sitting down to dinner with someone who has a level of conversation I can appreciate and enjoy. I think younger women are sometimes too focused on starting families and that is rarely an issue with older women. I’ve always had relationships with older women. They know themselves. They have so much more to offer and they are looking for different things. They are not just looking for guys who will be good fathers and providers. Older women can be more playful. They are more relaxed. It’s really a personality thing for me regarding what is attractive. I enjoy a confident attitude and older women definitely have the upper hand in that area.

“  Dan, age 24, also expressed a similar theme:  ”When I meet a woman over 30, she’s usually very clear and focused. She knows what she wants in life and it makes being with her so much easier. I look at a lot of my friends who have girlfriends their age and younger and the problems they have strike me as ridiculous. They frequently act foolish and immature. I don’t have time for that behavior — that’s why I like mature women.”

That life experience is sexy was also a repeated theme:

“Just the fact that there’s so much to learn from an older woman, that they have so many more life experiences to draw upon, is an adventure to me. It’s like a rush.” –Vincent, 31

Some young men saw themselves reflected back in an older woman and realized the woman’s own specialness:

“She was very beautiful and caring and we had similar interests. She offered me the opportunity to see another perspective on a lot of different issues. I mean, older women think differently on certain issues and they’ve got more experience. I grew up a lot with her. Yeah, definitely, she helped me to grow up. She made me realize how important I could be in making someone else happy. Not that I was doing it for her, but just being with her.” –Art, 27

Fred, age 28, told us what qualities attracted him to older women:

“The experiences in life that they’ve had make them more grounded and realistic.”

When asked what a mature woman offered him that he couldn’t find in a younger woman, Fred answered:

“Emotional stability. Need I say more? There have been nothing but positives in my relationships with two older women. They were able to see things in me that I could not see in myself. Also, there were levels of honesty unlike anything I’ve experienced even with best friends.”

Fred gave us a wealth of information over several interviews. Open, upbeat and extremely handsome, he revealed the enormous love and respect he shared with his former partner and now shares with his current partner.   Fred’s first older-woman experience occurred when he was 21 years old and Gretchen was 37. They lived together for two years. They are both still very close and see each other regularly. Not only did they have a tremendous friendship as the basis of their relationship, but an extraordinary sex life as well. Recently, this woman underwent major surgery and it was her ex-boyfriend Fred, not the woman’s current older boyfriend, who was by her side. Gretchen, now 44, was involved with a man of 51 and he was simply too busy with work and personal commitments to be available when she really needed him. It was Fred who visited her on a regular basis and saw to it that she had what she needed during her recuperation.

After his relationship with Gretchen ended, Fred tried dating girls in their early twenties. He explained, often quite humorously, how ridiculous he felt trying to have meaningful conversation over blaring music at a dance club. His brief experimentation with younger females only reaped endless head games, confusion and immature behavior. Resolutely, Fred abandoned the “young woman trial period.” He knew he liked older women and that was his standard. He decided this time to accept it.  His next relationship was with Marla, a co-worker. They were great friends and then she began to pursue him. Why not? he thought. She was older. Maybe it would work. But Marla’s flaw seemed to be that she was only five years older — and for Fred, that still wasn’t enough to produce the kind of emotional maturity and depth for which he searched.  After a year or so of taking a “time-out,” Fred met Lynne. She is 10 years older.

Fred’s respect and appreciation of older women was clear when he spoke:

“The way mature women carry themselves shows they know who they are. It equates to stability. They’ve already figured out who they are. Maybe not all the time, but a lot more often than younger women. They are all-around much more attractive to me.   Also, they are much more experienced with life. You know this is the kind of person who’s going to tell you exactly what they want and they are more sure of themselves than the people my age or younger. Older women are much more well rounded — they know what they feel and why they feel it.   It’s easier to have a relationship with an older woman, because she knows how to communicate what she wants. It has a snowball effect all the way around.   I have a preference for women starting at about 10 years older than myself and up. It’s adventurous for both of us, because it’s a whole new exciting journey. Younger women just don’t allow me to grow in the ways older women do”

Not all older woman/younger man relationships last forever, but Fred’s answer to how he handled the ending of his relationship with an older woman was especially insightful:

“I went on with my life and took with me many memories and experiences that made me mentally and emotionally rich. I considered it a hell of a jump-start on life.”

Radio 5 Live: Older women and younger men
Get the latest from the blog: