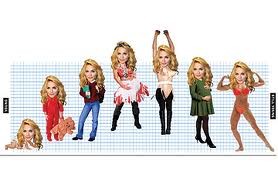 “I can’t quite claim to be a true Boomer (The term Alpha Boomer was recently coined in the US to describe 55- to 64-year-olds, currently the fastest-growing demographic in that nation.) I was born in 1967 – says Laura Tennant in a recent article in the Independent, but with 50 edging ever closer, I’m fascinated by the trail they’re blazing. As life expectancy increases to 100 and health and well-being in later life improves, 50 can justly be considered the start of a “second half” in the game of life, which is likely to be as enthralling and decisive as the first.”

That shift gives rather a different complexion to the phrase “mid-life crisis”, which was coined to describe the tragic flailings of those who fear not just that the first and best part of life is gone, but also that all the important decisions, peak experiences, emotional highs and sexual thrills are also over. Men and women in the grip of mid-life crises are in denial, or so it was said, about their own mortality, something no Harley-Davidson or decree absolute can avert.

“I’ve been accused of something similar; in the four years since I hit 40 I have left my marriage, fallen in love with a younger man, quit drinking, started writing a novel, done Glastonbury for the first time, got the boob job I always promised myself, gone into therapy and begun to learn how to enjoy my own company. I also know how to check the oil in my car. You might call all that upheaval, some of it intensely painful for everyone concerned, a crisis; I call it a recognition that life is short, and that 40 is not too late to fix the stuff that isn’t working. And yes, I buy clothes at Topshop and H&M, go to clubs and gigs, share clothes with my daughter, am fitter than I was at 24 and occasionally entertain myself working my very best Milf look.”

“Ironically, I now feel younger than I did at 37, when, pregnant with my second child, I remember confiding to a friend my fears that I would never get back into the job market after the birth because I would be “nearly 40″. I think I regarded the arrival of my grandchildren as the next truly momentous event in an existence that had served its reproductive purpose – an idea almost as laughable as the one I vividly remember having at 24, that I was much too grown-up, sensible and frankly square to get wasted on E and whizz in a muddy field somewhere. Talk about age apartheid.”

“My point is that I’m no longer inclined to rule out interests, activities or experiences because it is “too late” or they seem “age-inappropriate”. Nor do I regard it as a catastrophe that my life hasn’t followed the simple linearity of career, marriage, kids and retirement. In that sense I have a lot k in common with the fifty-somethings targeted by a new website called High50 (pronounce it like Hawaii 5-0). The brainchild of Beta founder Robert Campbell, the site was launched to meet the needs and interests of what he identified as a new breed of 50- to 65-year-olds (one telling stat reveals that they are the fastest-growing demographic on Facebook and Twitter). “It used to be the case that you had one career, one wife and one family and you retired to the seaside at 65,” says Campbell. “But we are now living and working so much longer that 50 has become an opportunity for major life change. People come out as gay, or get divorced. They become inner- rather than outer-directed; post-50, you do what you want to do, not what other people want you to do.”

In her new book Amortality: the Pleasures and Perils of Living Agelessly, Catherine Mayer cleverly analyses “the swelling ranks of people who live agelessly, doing and consuming many of the same things from teens to old age… we never consider ourselves too young to pair up, break up, launch businesses, take on the world; or too old for fresh commitments, the latest technologies or new diversions”.

Alpha Boomers would certainly recognise the pleasures of “amortality”, but there’s an important sense in which being over 50 also offers new and different freedoms. Theorists of ageing have long posited the idea of the Third Age (the phrase was invented by University of the Third Age co-founder Peter Laslett), the idea being that modern medicine has opened up a window of opportunity between retirement and terminal infirmity hitherto unknown. For the writer and former clinical scientist Raymond Tallis, an extension of life beyond the basic storyline (mature, reproduce, perish) is also a chance to “redefine what it means to be human”. “One can look beyond economic survival and child-rearing to ask some fundamental questions about the meaning of life. And older people can speak freely, because they don’t have to answer to authority. In a sense, we have picked up the baton of rebellion from the young.”

Read the full article in The Independent