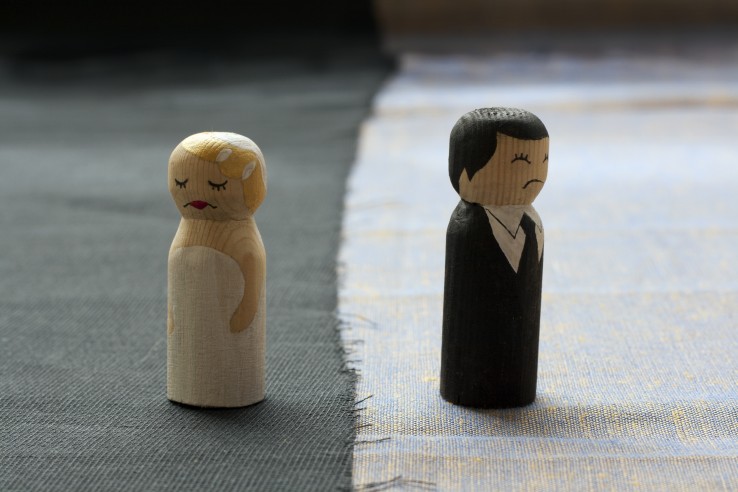 One year ago my world came crashing down. I had been married for twenty-two years to a man that I loved and who I thought loved me. We had two grown-up children together and shared a lovely detached house in a leafy suburb. If there was such a thing as the English dream then this was surely it. Deep down, though, I had a feeling that something wasn’t quite right – it just all felt a little, well, too perfect.

One day I came back from shopping to find most of the house cleared out. At first I thought that we had been burgled. On closer inspection, however, there was no sign of a break-in, and all of my stuff was still there.  A hastily scribbled note on the kitchen table told me the brutal truth: my husband had left me.

It knocked me senseless. My whole life had revolved around him: putting my career on hold to bring up our children, washing and ironing his clothes, cooking and cleaning. We rarely went out and as for our physical relationship – well, it was always on his terms.

The divorce proceedings were fast-tracked to enable as clean a break as possible. At the hearing I was shocked to find my ex accompanied by some young woman who looked barely older than our youngest son. This hurt me more than anything that the solicitors said on that horrible day.

It took me months to come to terms with it. Some days I felt like I just could not carry on. As for another relationship – well, have you seen the state of some men in their forties and fifties? I was about to give up entirely and resolve myself to a spinster life of talking to my cats and eating ready meals for one. Then I discovered a website for the ‘older woman’. It promised fun, excitement and fit guys. It took a lot of courage for me to sign up and even more to actually place my picture online!

Anyway I am certainly glad that I did. I had twelve responses overnight – all from younger guys and all being very complimentary about the way that I looked. Some of the messages were a bit saucier than others (I replied to those ones first!).  I met up with one of these admirers. His name was Adam and he was a fireman… and he was thirteen years younger than me! I was so nervous when I met him but he was so laid back that I instantly felt at ease with him. Oh, and he was so handsome and hunky that he took my breath away! He was so nice to me, always telling me how attractive I was and how he enjoyed talking with me. I must admit that I couldn’t remember the last time that my ex-husband had done any of these simple things! I didn’t want to come across as easy so we had several fun-packed dates before I actually slept with him. This was a defining moment for me, as the moment I saw his muscle packed body I never gave my ex-husband a second thought again. And Adam was energetic and eager to please (we actually spent a whole weekend in the bedroom!).

I thought that our relationship would end there but I am glad to say that it didn’t. Adam is so romantic and he is always giving me nice surprises and doing romantic things. We’ve been together now for three months: I know it’s early days and I know that I’d be a fool to think that it could last forever, but I really don’t care. I am enjoying every second of it! And if the worst comes to the worst and Adam did end the relationship I know that I have an inbox full of eager replacements already lined up on Toyboy Warehouse!

This blog was written by a TBW member and published as part of our 30 Blogs in 30 Days campaign.

5 Quick Tips For Dating After Divorce

My Experience of Toyboy Warehouse…
Get the latest from the blog: