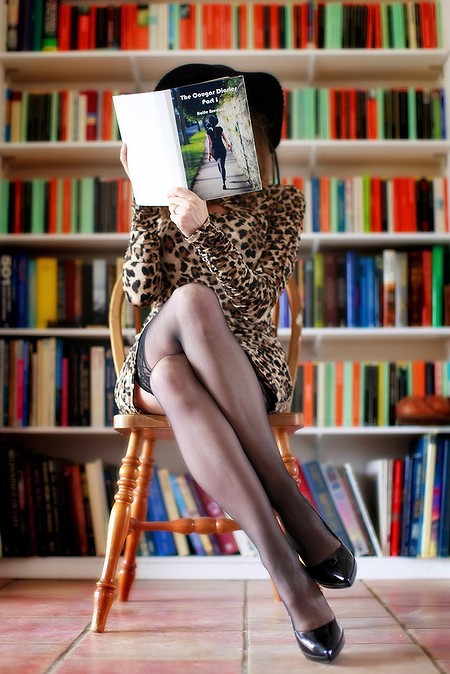 After the incredible rise of EL James’ 50 shades of Grey many people are trying to emulate that success. But who can get it right and what do people really think of 50 Shades? Is it time for a new genre which is more authentic and funnier? Aoife Brennan who is a member of TBW has just published her first ebook and we decided to interview her:

So Aoife you have just published your first book?

Yes it was released on the 17th Feb and it has been a bit of a roller coaster ride ever since! It is called The Cougar Diaries, Part I – parts II and III are in the process of being written.

How did you come with the idea?

I’m in my 40s and recently single and have started dating again and was shocked at quite a few things. I lost a lot of friends. Men started looking at me differently. I had a lot of married men hit on me. I had a very painful divorce and wanted to explore how you deal with friends and especially getting back into the sack. In your 20s it’s different and in your 40s it’s not quite the same. You think it would be like riding a bicycle but it’s not. Being with one man for 16 years and then starting again is very daunting. Having said that, I like to say that sex, like youth, is wasted on the young!

Then last summer I read 50 shades and I thought I hated the heroine and found her incredibly shallow and unrealistic, I admired the author for what her books accomplished. Ms E L James – please take a bow. I didn’t like the plot but she took erotica out of the cupboard and made it mainstream.

So I took my life and I squeezed it through the fiction mill. For a racy book there is a lot of plot, a lot of humour and real life. I am writing about a woman in her forties living life again so there is a gritty reality to my book. And some laugh out loud moments – I’ll just say strawberrygate and no more!.

Did you find it difficult to write the sex scenes?

The first big one which happens in chapter 6 and it took me about 3 weeks to start it but once I began writing it sort of wrote itself. I found to my surprise that writing erotica turned me on, but then when I write sad parts I sometimes cry and when I write funny bits I can crack myself up laughing. How sad is that – author laughs at own jokes!

The first version I wrote in the 3rd person so it was easier. However, since my novel is called The Cougar Diaries, Part I, I turned it into first person singular. That was fine, but now I am writing the second book all the sex scenes are about ‘ME’ and that is more nerve wracking!  However, and to ensure I was on the right track, I sent some of the sex scenes to a male friend and writer. His comment back to me was ‘You can write sex!”

Tell me about how you got it ready to publish?

I am based in Dublin so I went to a popular writers’ site called writing.ie. The editor and manager of the site Vanessa O’Loughlin, was very helpful and pointed me in the direction of professional proofers and formatters. That made my job much easier – I just needed to write.

How you trying to market it?

I am self-published which means most of the traditional press won’t take me seriously – until I manage to sell huge volumes. So instead I have concentrated on online promotion. I have had some great help from two satirical news portals here in Ireland. One is theJournal.ie and its irreverent side publication, The Daily Edge. A funny article highlighting the ‘Irishness’ of the novel attracted some 19000 plus views and I sold 100 books in one day. Another site called the Daily Shift did a great review also and I also notched up a number of significant sales too. It is not about the money but about the number of people who now own my book and read it and hopefully like it enough to post reviews and tell their friends!

In the UK, I have had some great support from Rude Magazine, First Female and now here of course. In the Philippines, My reading Life has interviewed me and in Australia, I have been in Authorpreneur magazine and Mark Bowness Life change coach. I attach the links here. It is great to be able to use online sources to try and spread the word. It is a numbers game – if people have not heard about you, then why would they buy your book. Self-publishing is a great platform but it is also very crowded. To stand out you really need to work night and day. I liken it to the big fight between Betamax and VHS (back in the dark ages). We all know who won that battle but apparently Betamax was a better product. It is not enough to have a great product you have to shout it from the roof tops.

What genre does The Cougar Diaries, Part I, fall under?

That is a bit hard to say and while I know it is fatal to write outside genre, but it was the only book I could write. It is best described as comic erotica. It is not a one handed read, although I have been assured by readers that it does work as that! Another reader told me she booked herself and her hubby into a hotel for a 24 shagathon after reading my book. That was a great review.

My main character is real. It is easy to identify with her. Another reviewer told me I’d stolen her life! My main reason for disliking Ana in the 50Shades books is that I knew she was not real. I had never met someone like Ana or who acted like her. But I know lots of Aoifes.

Finally, there is humour. Life is nothing without humour – even in the darkest hour. To be immersed in a book is to escape one’s life for a bit, to walk on different paths, to feel new emotions, and to meet new characters. If we can laugh along the way then I consider it a great date!

How To Get Published

Toyboy Warehouse Interviews – Erotica Author Lily Harlem
Get the latest from the blog: